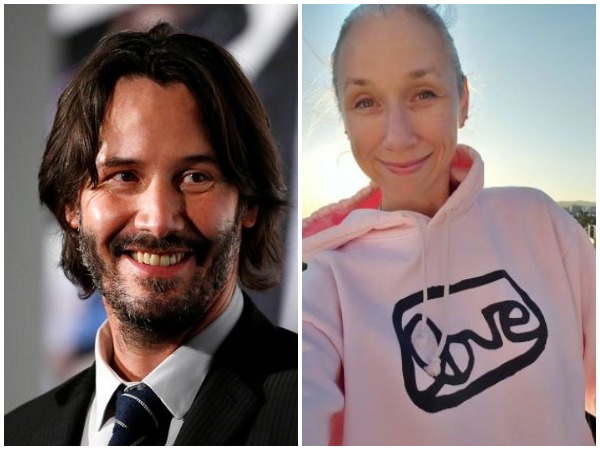 Washington D.C. [USA], Feb 22 (ANI): Canadian actor Keanu Reeves and his girlfriend American visual artist Alexandra Grant were seen together for the first time since going public with their romance on Thursday (local time).
According to Us Weekly, the 55-year-old actor was spotted walking with Grant outside of the Omni hotel in photos obtained by the Daily Mail.
Reeves was seen sporting a black coat, brown shirt and black pants, while Grant wore a leopard print coat and black leggings. The 46-year-old painter visited Reeves in San Fransisco where the actor is filming 'The Matrix 4'.
In November 2019, Reeves and Grant went public with their relationship at the LACMA Art + Film Gala in Los Angeles.
At that time an eyewitness to Us Weekly told, "They were standing next to each other and laughing by themselves towards the beginning of the cocktail hour, and then even when they were standing talking to others, they still stood next to each other."
A source to the outlet told Us Weekly that although people weren't aware that Grant and Reeves were dating, the couple weren't hiding their relationship. The source added, "It wasn't a secret, they have been dating since at least summer of 2017."
The source further revealed that the actor attended Grant's most recent art opening. The source recalled, "[He] was there, and she was introducing him to people. They weren't openly affectionate, but they aren't a couple like that. They're low-key and cool"
Over the past few years, the pair have been spotted together numerous times including at the UNAIDS Gala during Art Basel in June 2016. In November 2017 at the X Artists' Books launch in Paris, the MOCA Benefit in Los Angeles in May 2019 and also in June 2019, at the Saint Laurent Men's Spring-Summer 2020 runway show in Malibu.
Grant, prior to this relationship with Grant, Reeves dated American actor Jennifer Syme from 1998 to 2000. The former couple suffered a miscarriage in 1999. Syme passed away in a car wreck at the age of 28 in 2001. (ANI)