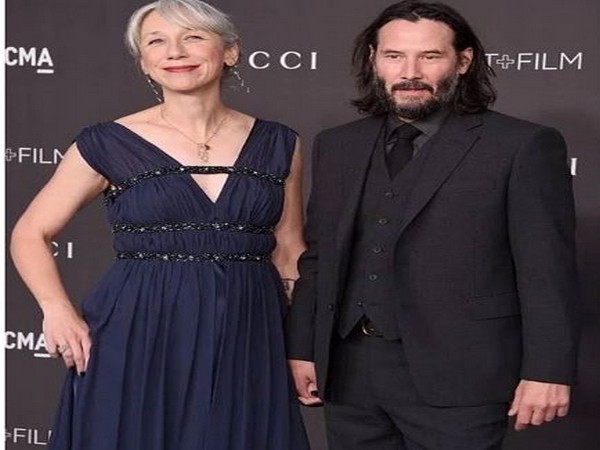 Washington [US], October 19 (ANI): Hollywood star Keanu Reeves was spotted giving girlfriend Alexandra Grant a kiss outside a hotel in Berlin, where Reeves is currently filming 'The Matrix' 4.
According to People Magazine, in the photo, the 56-year-old star Reeves, who was dressed in blue jeans, a black jacket and carrying two bags, leaned his head through the window of Grant's car to give her a kiss on the lips as she sat in the driver's seat.
Reeves and Grant arrived in Berlin earlier this summer when 'Matrix 4' resumed filming the coronavirus hiatus. Prior to the lockdown, the production in San Francisco, California, had been completed.
Over the Fourth of July weekend, the couple was spotted out to dinner in the city with several of Reeves' co-stars, including Carrie-Anne Moss.
As per People Magazine, Reeves and Grant went public with their romance last November, holding hands at a red carpet event in Los Angeles after several years together. When her personal life made headlines, Grant said she fielded countless phone calls from many friends and acquaintances.
The 'Matrix 4' is expected to be released in theatres on December 22, 2021. (ANI)