Washington DC [US], October 23 (ANI): Global Kashmiri Pandit Diaspora (GKPD) and several other community organisations held a car protest rally in front of the Embassy of Pakistan in the U.S on Thursday (local time), remembering Pak's invasion of Kashmir in 1947.
Scores of people were seen chanting slogans calling Pakistan to vacate the illegally occupied Kashmir. "Pakistan vacate occupied Kashmir. Kashmir is an integrated part of India," one of the posters read.
Another poster said, "The jihadist invasion of 1947 in Kashmir didn't happen overnight, it was planned strategically by Pakistan."
Dr. Mohan Sapru, the rally organizer and Washington, DC GKPD coordinator said: "While using masks and current practice of social distancing, the rally protesters have gathered to voice their anguish and strong condemnation of Pakistan's 73-year long perpetual policy of cross-border terrorism and overt operations in Kashmir, which have especially targeted the minority communities i.e., Kashmiri Hindus, Sikhs, Christians and Buddhists." 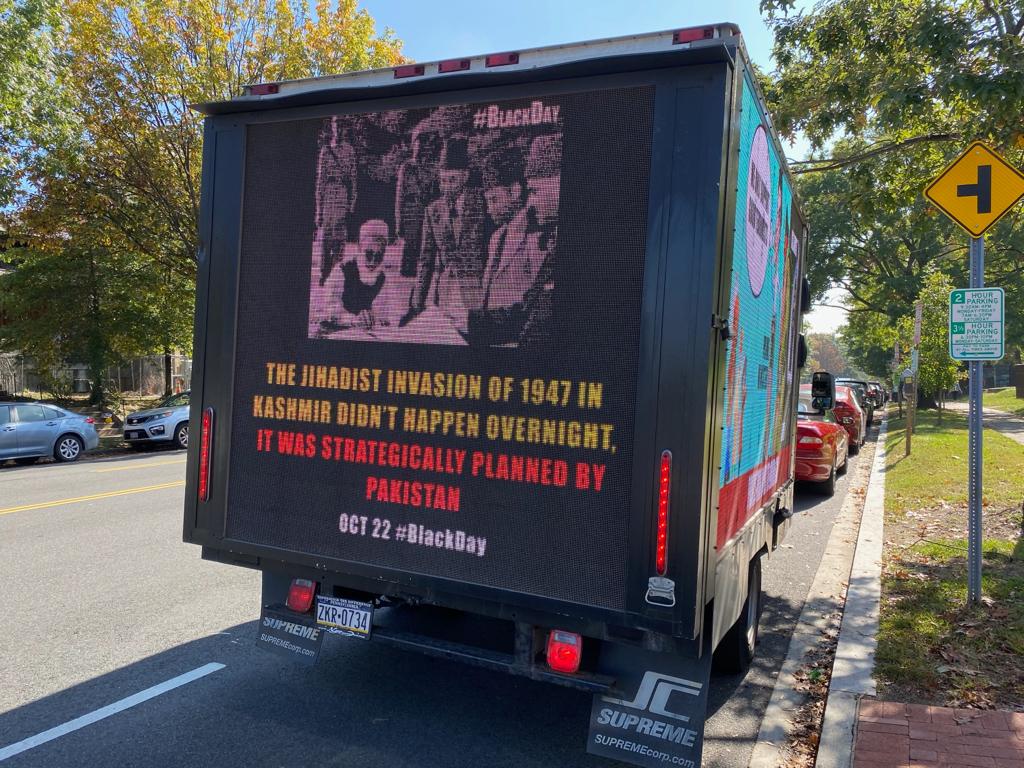 DC GKPD coordinator also said that Cross-border aggression against peaceful Kashmir by Pakistan-trained and sponsored militia called Kabalis on the fateful day of October 22, 1947 marked the birth of the Kashmir problem.
"The brutality of cross-border Islamic terrorism has continued unabated and resulted in the genocide and forced exodus of indigenous Kashmiri Hindus during the dark period of 1989-1991. Whether heinous terrorist acts happen in Kashmir, or US or any other part of the world, at the end of the day, terrorism is a blot on the conscience of humanity and cannot be a legitimate means to settle disputes in a civilized world," Sapru said.
He further said that the agony and hardships of a few hundred Kashmiri Hindu families, who continued to live in the Kashmir valley, still remain largely unaddressed."
The rally participant and community activist, Sidarth Ambardar, recalled Father George Shanks's account of murder of nuns by the invading Kabali militia in October 1947, and desecration of Chatti Padhshahi Gurdwara. He said: "Pakistani invaders in 1947 terrorized, looted and killed the locals." 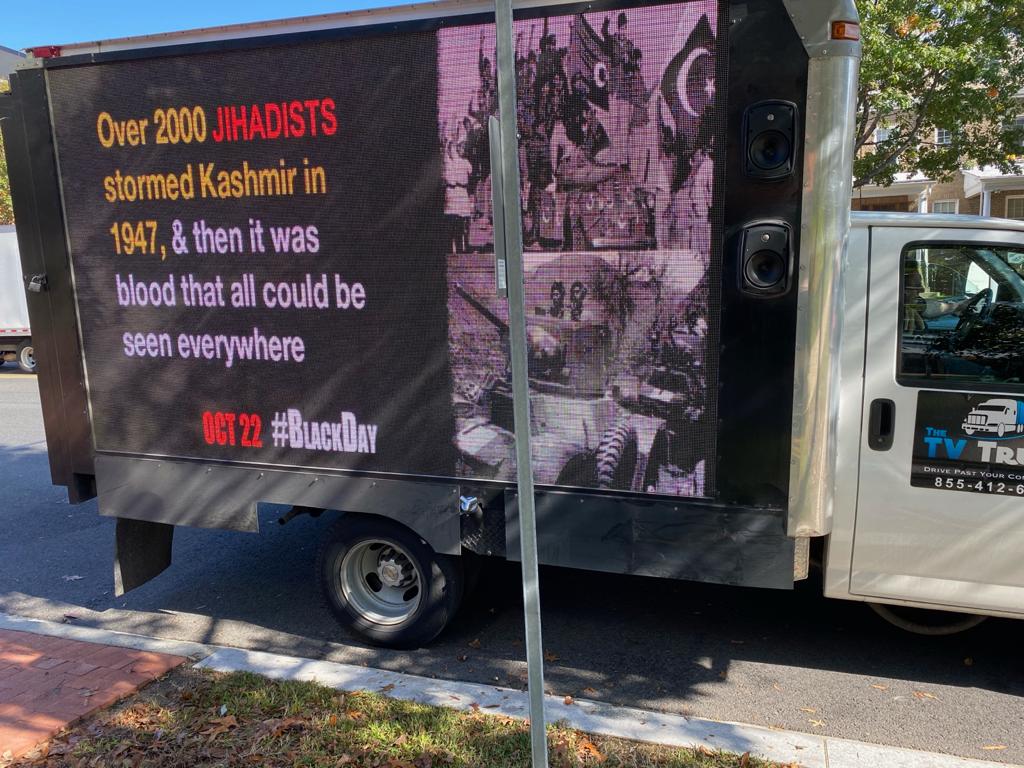 European Foundation for South Asian Studies (EFSAS), in a recent commentary, called October 22 as the "darkest day" in the history of Jammu and Kashmir when Operation Gulmarg was launched in a bid to seize the territory.
According to a European think tank, the tribal invasion had left between 35,000 and 40,000 residents dead.

"The planners and perpetrators of the tribal invasion were, and remain, without doubt, the foremost enemies of the Kashmiri people. The day the invasion began on October 22, 1947, has to be the darkest day in the history of Jammu and Kashmir," the European think tank said. (ANI)