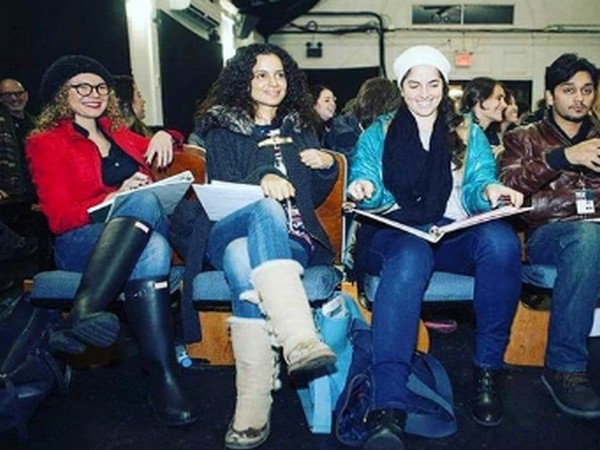 New Delhi [India], July 22 (ANI): Sharing an unseen throwback picture, actor Kangana Ranaut's team on Wednesday shared that she studied filmmaking after rising to success with 'Queen.'
The team of the 33-year-old actor further revealed that she always wanted to study filmmaking but she could not due to financial constraints and she later fulfilled her dream after earning enough money.
"Major #throwback to the winter of 2014, when Kangana was in New York at her film school. This was taken during one of her sessions of screenwriting. #KanganaRanaut always wanted to study filmmaking, but she never had enough money to be able to afford it," the 'Tanu Weds Manu' actor's team wrote.
"So, when she earned enough after blockbuster #Queen she gifted herself the education she always wanted. She was 27 at this time. Goes to show one is never too old to learn," the team added.
The picture sees Ranaut wearing a black coloured jacket which she paired with a pair of denim and pink coloured boots. She is seen seated in a classroom with other filmmaking students.
Although she is personally not active on social media, the 'Gangster' actor's team keeps posting insights about her personal and professional lives on social media. (ANI)