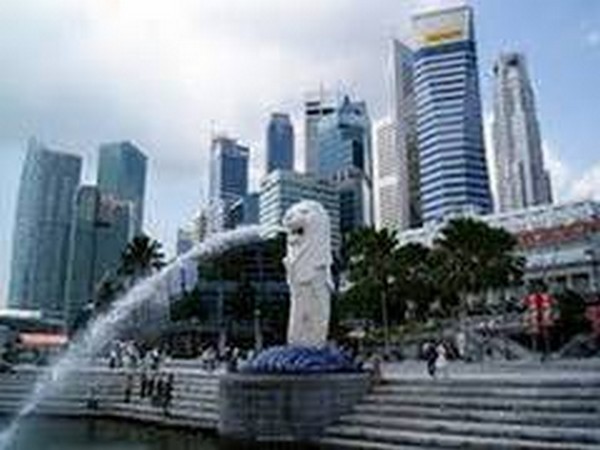 By Lee Kah Whye
Singapore, August 03 (ANI): Singapore's total employment contracted dramatically, and retrenchment doubled as earlier warnings that the COVID-19 coronavirus pandemic will severely impact the economy and labour market started showing up in job numbers.
As the Singapore economy came to a standstill during the lockdown from April 7 to June 1 to prevent the spread of the virus, total employment in the Q2 covering that period saw the largest quarterly plunge ever as the pandemic took a toll on jobs.
Last week, the Singapore Manpower Research and Statistics Department of the Ministry of Manpower (MOM) released preliminary estimates which showed, when comparing Q2 with Q1, that total employment (excluding Foreign Domestic Workers or FDWs) contracted by 121,800, four times higher than that in Q1 2020. This brought the total employment decline since the start of 2020 to 147,500.
Since then, with the COVID-19 infection rates stabilising, Singapore has embarked on a gradual reopening of its economy. Although some businesses including retail outlets, cinemas and restaurants have reopened, safe-distancing measures, capacity restrictions and consumer concerns about their health mean that it will take some time for business volume to reach pre-pandemic levels.
As expected, unemployment rose but remains below the peaks seen in previous downturns. The overall unemployment rate in June 2020 rose to 2.9 per cent from 2.4 percent in March 2020.
There were a total of 90,500 unemployed citizens and residents in June 2020. Currently, no figures are available for unemployed foreigners.
6,700 workers were retrenched in Q2, much higher than the 3,220 who lost their jobs in Q1. While retrenchments have now surpassed the high during SARS (severe acute respiratory syndrome) in 2003, it remained below the peak observed in the global financial crisis in 2009.
At the height of the previous job crisis, 5,510 workers were made redundant during SARS in Q2, 2003, whereas in Q1, 2009, 12,760 people lost their jobsduring the global financial meltdown.
Singapore last experienced a serious economic downturn caused by a coronavirus induced respiratory illness, SARS, between 2002 and 2003 where 238 people caught the infection and 33 people died. However, economic impact of COVID-19 has already proven to be more severe.
All three broad sectors of the economy - manufacturing, services, and construction, saw a rise in retrenchments over the quarter. In particular, retrenchments rose significantly in wholesale trade and transport equipment, reflecting a reduced demand in retail and air travel respectively.
Similar all three sectors also experienced sharper employment contraction, especially within food and beverage services, retail trade, arts, entertainment and recreation, and education. Manufacturing saw a more modest employment contraction in comparison.
These numbers came in after the island nation reported a sharp contraction in its second-quarter GDP this month, shrinking 41.2 per cent on a quarter-on-quarter basis, according to flash estimates.
"The external economic environment remains weak and some countries are experiencing a second wave of infections. Conditions for travel-related sectors remain very challenging," the ministry statement noted.
"Hence, softness in the labour market is likely to persist with continued weakness in hiring and pressure on companies to retrench."
An SGD92.9 billion (USD67.3 billion) fiscal stimulus, equal to 19.2 percent of GDP, has helped moderate the economic impact and decline in employment. With the existing fiscal measure expiring soon, most analysts point a gloomier picture in the second half of the year. Economists predict that the total jobs lost by the end of the year could be anywhere between 150,000 to 200,000 with the economy shrinking around 5.8 percent. A level not seen since Singapore became an independent country in 1965.
The fiscal stimulus has helped finance among others, a job support scheme which subsidises 25 to 75 percent of the first SGD4,600 (USD3,300) in wages for 10 months depending on the industry and other factors.
There is also a tax rebate for landlords who must pass the savings onto tenants. There are also various job matching schemes, training grants to help workers adapt to industries, incentives for firms to hire retrenched employees and training programmes for workers to help them gain industry-relevant skills.
However, all these schemes only benefit citizens and local residents. Companies who hire large numbers of foreigners especially PMET (professionals, managers, executives, and technicians) will not benefit from these incentives. This is with the exception of firms who employ migrant workers in jobs Singapore residents shun for example in construction and shipyards. These firms are supported by foreign worker levy rebates.
Based on 2019 figures, excluding FDWs, a total of about 1.4 million foreigners work in Singapore, making up nearly 40 percent of the workforce of 3.7 million.
Accordingly to the Singapore Ministry of Manpower, a significant proportion in the fall in the number of people employed so far were borne by foreigners, which means it will be really challenging for foreigners seeking employment in Singapore in the near future. Lee Yu Ye, the economist at local brokerage Maybank Kim Eng, said to SCMP that expatriates are expected to account for 60 per cent of the layoffs.
This has been supported by anecdotal evidence from various media quoting social media posts about foreigners selling household items because of contracts being terminated, lower enrolment at schools and preschools popular with well-heeled foreigners, and property agents and relocation specialists helping expatriates move out of Singapore.
Manpower Minister Josephine Teo told a press briefing that the job situation has not bottomed out yet. She added, "the outlook is still uncertain, and not only within Singapore. Singapore is very plugged into the global economy. When there's a weakness in global demand, companies are likely to be much more cautious." (ANI)