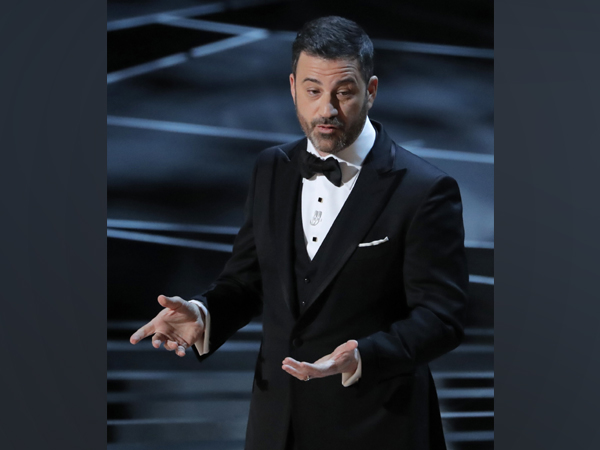 Washington D.C. [USA], June 24 (ANI): Jimmy Kimmel has apologised for donning blackface on his sketch comedy show, 'The Man Show' in the 1990s.
According to Page Six, the 52-year-old TV show host told in a statement to the outlet on Tuesday, "I apologise to those who were genuinely hurt or offended by the makeup I wore or the words I spoke."
While co-starring on 'The Man Show' with radio personality Adam Carolla, Kimmel performed impressions of NBA player Karl Malone, a bit that originated with his stint on LA's KROQ radio station.
The 'Who Wants to be a Millionaire' show host said in the statement that he "never considered that this might be seen as anything other than an imitation of a fellow human being."
"Looking back, many of these sketches are embarrassing, and it is frustrating that these thoughtless moments have become a weapon used by some to diminish my criticisms of social and other injustices," Kimmel continued.
As far as waiting as long as he did to address the skits, Kimmel said, he held back on making a statement, "as I knew doing so would be celebrated as a victory by those who equate apologies with weakness and cheer for leaders who use prejudice to divide us.
"That delay was a mistake," he said.
The late-night show host finishes by reiterating that his impending summer-break was long-scheduled and that he'll be back to work in September, which includes hosting the 2020 Emmy Awards, set to take place on September 20. (ANI)