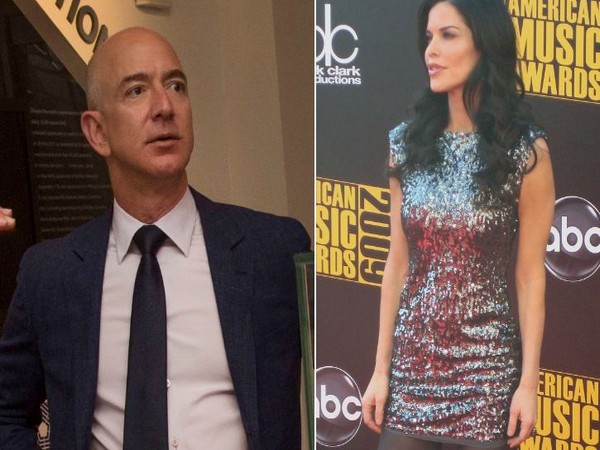 Washington D.C. [USA], Feb 4 (ANI): American entrepreneur Jeff Bezos hit the clubs with girlfriend Lauren Sanchez after the 2020 Super Bowl LIV, season's biggest football game.
According to Page Six, the Amazon mogul was spotted hanging out with singer Lizzo, DJ Tiesto and Alex Rodriguez.
Jeff even shared a moment from the day on his Instagram account. The selfie featured him with the 'Juice' singer. 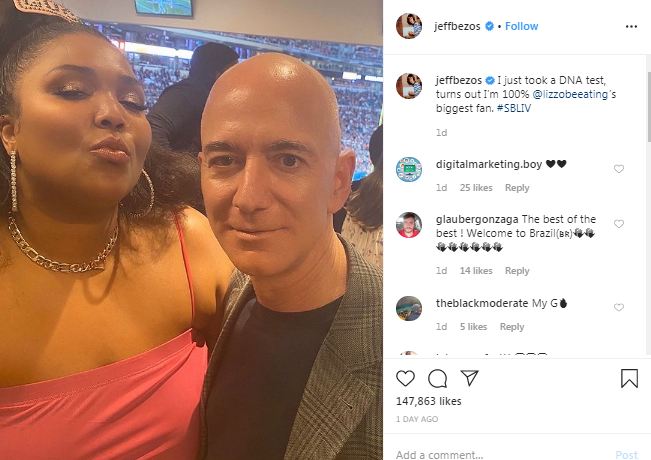 "I just took a DNA test, turns out I'm 100% @lizzobeeating's biggest fan. #SBLI," read the caption of the post.
A source told Page six that before the game, Jeff just couldn't keep his hands off of her girlfriend.
"They couldn't stop flirting and kissing each other. They showed a lot of affection towards each other you can tell the romance is still very much alive," the source added.
On Friday night, Bezos along with Elon Musk, Dan Loeb and David Tepper were invited to a private party at Alex Rodriguez's Miami house. Jennifer Lopez also attended the party, reported Page Six. (ANI)