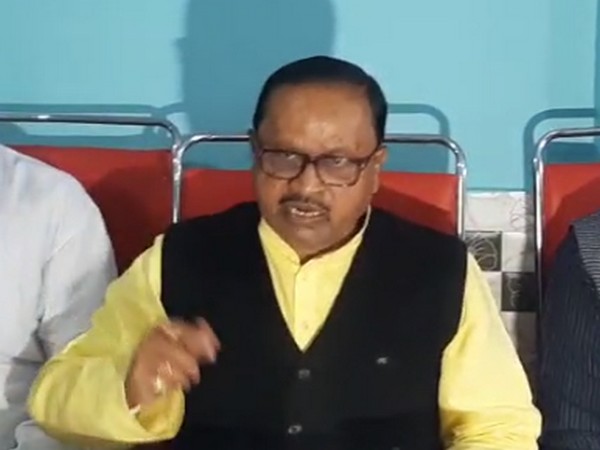 Bhagalpur (Bihar) [India], January 8 (ANI): JDU MLA Gopal Mandal has claimed that Chief Minister Nitish Kumar will step down from his post after six months and RJD's Tejashwi Yadav will form the government in the state.
On Wednesday there was a phone conversation between Gopal Mandal and Bihpur MLA E Shailendra in which it was alleged that Gopal Mandal was abusing and using casteist slur. About this, the Navagachiya JDU held a press conference at the local hotel in Bhagalpur on Thursday.
During the press conference, JDU MLA Gopal Mandal from Gopalpur denied the allegations in the viral audio and said that the viral audio was not correct.
During this, he said that it was made viral by E Shailendra. "What kind of coalition is this," he said.
He even said, "After 6 months, Chief Minister Nitish Kumar will step down from his post and the government of Tejashwi Yadav will be formed." (ANI)