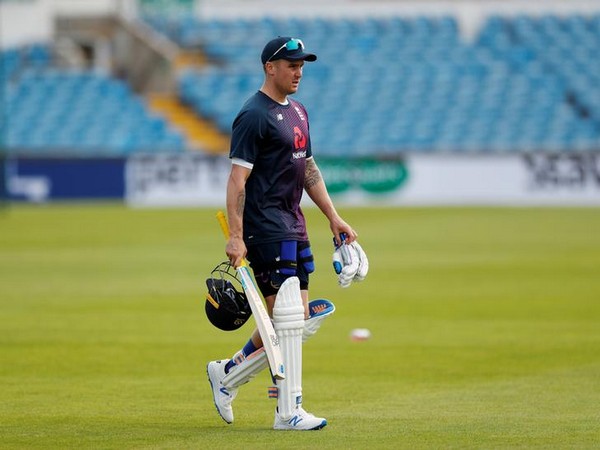 London [UK], Aug 27 (ANI): England opening batsman Jason Roy has been ruled out of the upcoming T20I series against Pakistan after sustaining a left side strain.
"The Surrey top-order batsman picked up the injury this week in the team's preparation at Emirates Old Trafford and had a scan on Wednesday," England and Wales Cricket Board (ECB) said in a statement.
He will remain with the England set-up and will commence his rehabilitation program looking ahead to the Australia white-ball series, which starts next month at The Ageas Bowl.

Roy was last featured in an ODI against Ireland earlier this month. In that series, the opening batsman failed miserably and just scored 25 runs in three games.
England will play three T20Is against Pakistan at Old Trafford, commencing from Friday, August 28.
The hosts won the three-match Test series by 1-0 as the final game ended as a draw at Ageas Bowl. (ANI)