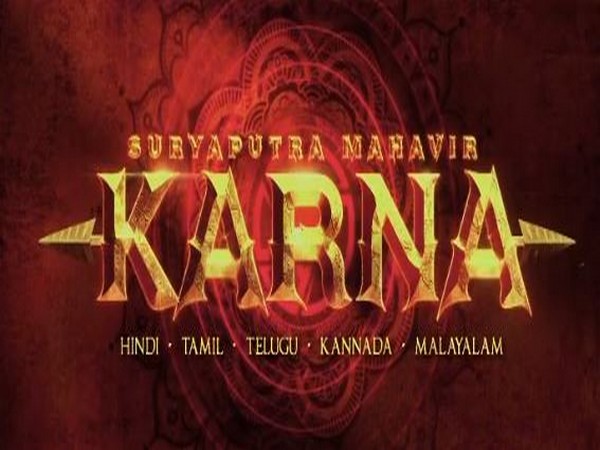 Mumbai (Maharashtra) [India], February 23 (ANI): Actor and producer Jackky Bhagnani on Tuesday announced 'Suryaputra Mahavir Karna'', a film based on the mythological character from Mahabharata.
Calling it his "dream project", Jackky took to his official Instagram account and shared an intriguing trailer of his forthcoming project.
In the caption he wrote, "Growing up, I have always been intrigued by an unsung warrior from the Mahabharata - #Karna. His journey highlighted how one should continue to believe in spirituality, generosity, humility, dignity, self-respect, and being respectful towards his loved ones at any given situation in life."

"Extremely grateful, excited and proud to present to you, my dream project #SuryaputraMahavirKarna. Releasing in #Hindi #Tamil #Telugu #Kannada #Malayalam #VashuBhagnani @deepshikhadeshmukh @grsvimal @kumarvishwas @pooja_ent," he further added in the caption.
The film will highlight the events of the epic tale from Suryaputra Mahavir Karna's point of view and will unleash the battles of the 21st century upon the big screen in Indian cinema.
Reportedly, the makers Jackky Bhagnani, Vashu Bhagnani, and Deepshikha Deshmukh have roped in poet Dr Kumar Vishwas to pen the dialogues, lyrics and additional screenplay of the film.
'Suryaputra Mahavir Karna' will be a multilingual project to be presented in Hindi, Tamil, Telugu, Kannada, and Malayalam. It will be written and helmed by R S Vimal under the Pooja Entertainment banner that has presented movies like, 'Coolie No. 1', 'Bell Bottom', 'Sarbjit', and many more.
However, the cast and other details are still under the wraps.
Meanwhile, on the work front, Jackky has a lineup of much-anticipated projects like Akshay Kumar's 'Bell Bottom' and Tiger Shroff's 'Ganapath' in the pipeline. (ANI)