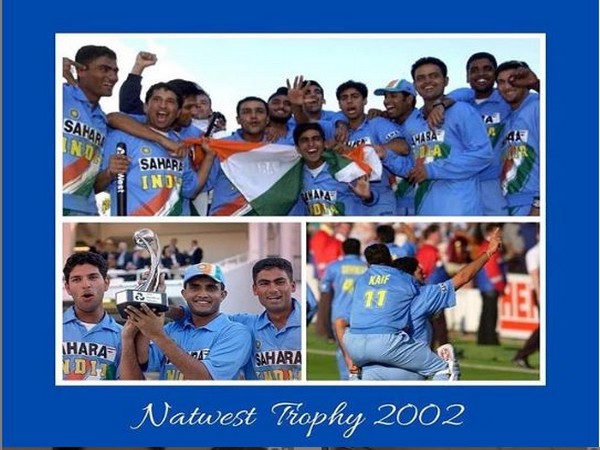 New Delhi [India], July 13 (ANI): As the country celebrates 18 years of Natwest Trophy win, former India all-rounder Yuvraj Singh on Monday said that the entire side gave their everything in order to have the right result.
India had defeated England by two wickets in the finals of the Natwest Trophy at the Lord's Cricket Ground to gain a memorable win.
"#Throwback to Natwest 2002 Final. Jaan laga di thi sab ne mil ke! We were young and we wanted to win. It was a wonderful team effort that helped us beat England and clinch the trophy in this nail-biting game," Yuvraj wrote on Instagram. 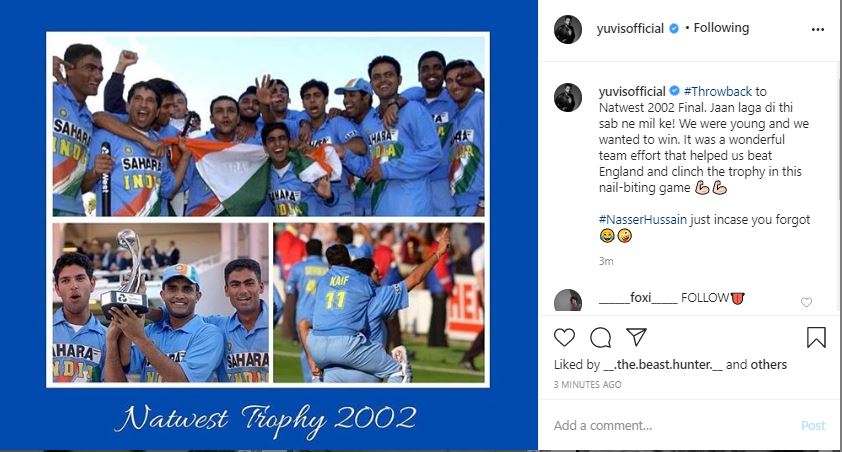 In the Natwest final against England at Lord's in 2002, India was set a target of 326 to win the match.
India was struggling at 146/5 when both Yuvraj Singh and Mohammad Kaif got together at the crease.
The duo put on a partnership of 121 runs to give India a glimmer of hope in the match.
Yuvraj got out after scoring 69 runs, but Kaif batted well with the tailenders to give India a win in the final over by two wickets and with three balls to spare. Kaif remained unbeaten on 87.
As the winning run was hit, skipper Ganguly took his shirt off at the balcony of Lord's Cricket Ground to celebrate in style.
This effort of Yuvraj and Kaif is still viewed as special as India had lost all of its key wickets.
Ganguly and Virender Sehwag had provided a good start to the side, but England staged a comeback to reduce India at 146/5.
The Men in Blue had lost the wickets of Rahul Dravid, Sachin Tendulkar, and Dinesh Mongia cheaply.
Batting first, England had raced away and ended on 325/5, which was considered at that time an impossible chase.
Marcus Trescothick and Nasser Hussain had registered centuries for the hosts. (ANI)

Sangrur : Protest outside DC office due to Delhi Katra expressway