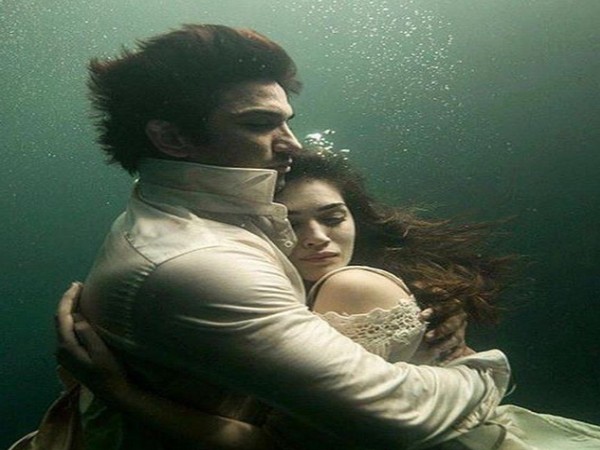 New Delhi [India], July 26 (ANI): Like many other celebrities, and his fans, it was difficult for actor Kriti Sanon to watch late star Sushant Singh Rajput's last film 'Dil Bechara' that streamed online on Friday.
The romantic-drama was premiered on Disney+ Hotstar on July 24, and since then scores of Bollywood stars and his legion followers flooded social media platforms to pour in love, admiration and expressed their sorrow to see him one last time on-screens.
Sanon, who was close to Rajput, on Sunday, penned a heartfelt note for him and explained that she was "heartbroken" all over again after watching his last film. 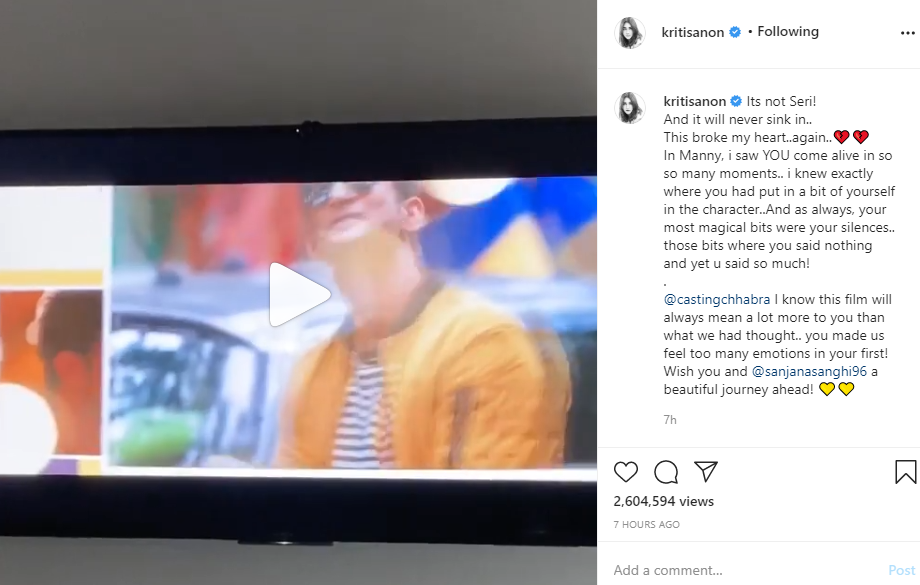 She took a reference from the movie - 'It's not seri' (It is not okay) to admit that she will never move on with the news of his untimely death.
In the movie, Sushant's character Manny and his co-star Sanjana Sanghi's Kizie use the word 'seri' to confirm to each other that "all's okay".
The 'Panipat' actor shared a video montage, featuring many clips of Rajput from the movie, and wrote, "Its not Seri! And it will never sink in..This broke my heart..again.."
"In Manny, I saw YOU come alive in so so many moments.. I knew exactly where you had put in a bit of yourself in the character...And as always, your most magical bits were your silences.. those bits where you said nothing and yet u said so much!" the 29-year-old actor added.
The actor further wished the director of the movie Mukesh Chhabra, and Sanghi for their debut film.
Sanon had shared the screen space with the late actor in the 2017 romantic-drama 'Raabta.' A fresh pair on screen, their chemistry was appreciated by many at the time of the release of the film. (ANI)