Skip to content
Home  »  Sports   »   It’s been awesome to be with this group: Kyle Jamieson 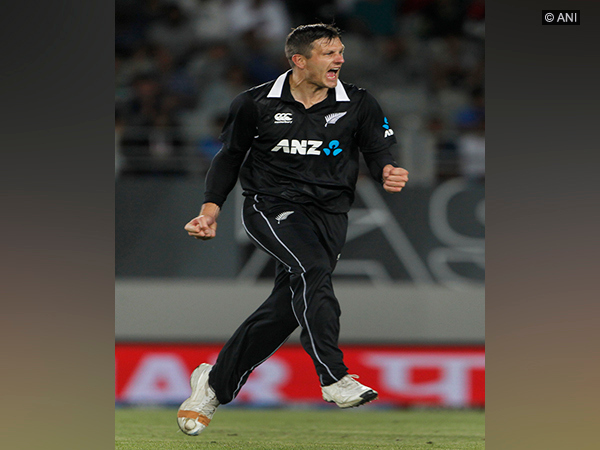 Auckland [New Zealand], Feb 8 (ANI): New Zealand debutant pacer Kyle Jamieson said "it is been awesome" to be with the talented group after he won the 'man-of-the-match' in their 22-run win over India in the second ODI at Eden Park on Saturday.
"It is been awesome. It is a pretty special group to be part of it. Already I have learned so much that is the real privilege to be part of," the right-arm pacer told reporters in the post-match conference.
The 25-year-old played a knock of 25 runs and also bagged two wickets for 42 runs in his maiden ODI. The hosts defeated Men in Blue by 22 runs.
"Pretty surreal, you kinda grow up dreaming of these moments and pick your first cap and just to make an impact and you know to play some sort of role in helping us you know first to get to a total and then you know restrict you know a pretty good batting line-up is very pleasing and then to have a series win is also that kind of tops it all," Jamieson said.
In the final few overs of the Kiwis innings, Ross Taylor managed to get hold off the quick bowlers, and he allowed the hosts to go past the 270-run mark. He ended up stitching together a partnership of 74 runs with Jamieson.
"We were just trying to get through on the 50 overs and then my role became about how do I get Ross (Taylor) on strike, how do we you know what end do we attack, you know what total do we need to get to and you know, we ended up getting a little bit more because we kind of extended (unclear) which was good but so yeah pretty simple, really from Ross which is good," Jamieson said.
"When I was growing up, I was a batter so I would probably try to score a hundred on debut. Not cry for that, I guess as I'm growing older I probably comes down and moreover how can I contribute to the team and how can we win a game and series," he added.
With this win, New Zealand have gained a 2-0 unassailable lead in the three-match series. The final match of the series will be played at Bay Oval on February 11. (ANI)