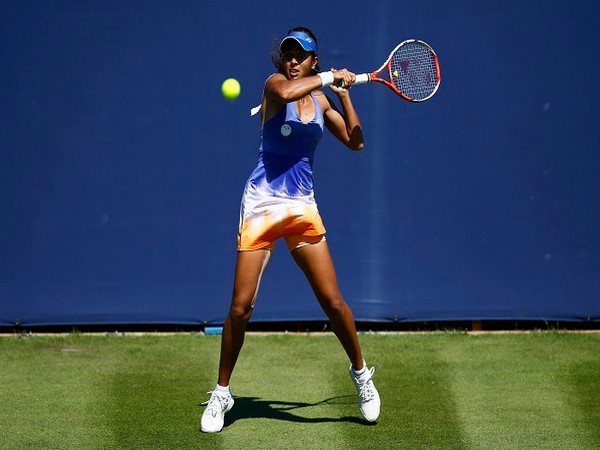 Dubai [UAE], December 12 (ANI): India's Ankita Raina and Ekaterine Gorgodze of Georgia won the doubles title after registering a thrilling win over Slovenia's Kaja Juvan and Bolsova Zadoinov of Spain in the ITF women's tennis tournament on Saturday.
Ankita and her partner outclassed the pair of Juvan and Zadoinov 6-4, 3-6, 10-6 in one-hour 19 minutes to lift the title.
After winning the hard-fought first set, the 27-year-old Ankita and her partner had fallen short in the second set and were completely outplayed by the opponents.
However, Ankita and Gorgodze made a stunning comeback with a 10-6 win in the third set to clinch the doubles title.
On Friday, the duo had defeated Great Britain's Heather Watson and Anna Blinkova of Russia before marching into the finals.
In the women's singles competition, now ranked No.180 on the WTA, Ankita had to face defeat after kicking off the match on a high note in the Round of 32. Czech tennis player Katerina Siniakova made an impressive comeback and defeated Ankita 6-1, 2-6, 2-6 on December 7. (ANI)