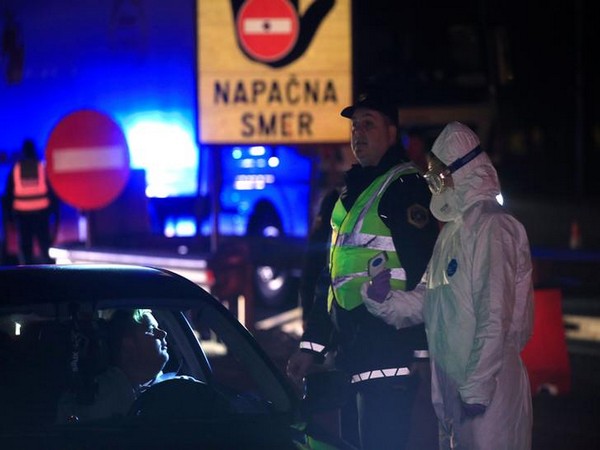 Rome [Italy], Feb 12 (ANI), Mar 12 (ANI): Italy on Wednesday (local time) halted all trading activities exception of essentials stores and pharmacies, in a bid to combat the spread of coronavirus which has claimed more than 800 lives in the country.
"We understand that we need to act gradually, but now is the time to take another step forward. Now we are giving orders to close all trading enterprises, except for essential goods stores and pharmacies," Italian Prime Minister Giuseppe Conte said in a broadcast on local TV and in social networks, Sputnik reported.
"We are closing shops, bars, pubs and restaurants. Home delivery remains available," he added.
He further said that banks, post offices, insurance, and financial companies, including "activities that ensure the functioning of these sectors", continued to operate.
The number of COVID-19 confirmed cases in Italy has increased by 2,000 over the past 24 hours, exceeding 12,000. The death toll has gone up by 196, reaching 827.
The whole of Italy - a country of some 60 million people - was placed under quarantine as the government stepped up efforts to tackle the coronavirus outbreak that has infected more than 10,000 people.
All sporting events, schools, and universities have been cancelled. Places of public gathering such as cinemas, theatres, and nightclubs remain closed.
Religious ceremonies including funerals and weddings will also be postponed.
Globally, more than 4,000 people have died from the coronavirus and over 113,000 cases have been confirmed, according to the World Health Organisation (WHO). About 64,000 people have recovered around the world, Al Jazeera reported.
Air Canada, the country's flag carrier, has halted all flights to and from Italy over the coronavirus outbreak, until at least May 1.
Air Canada said that regulations and "ongoing health and safety concerns" prompted the decision.
In a similar move, Hungary's Wizz Air has also suspended all flights to and from Italian airports from March 10 until April 3.
Spain decided to cancel all direct flights from Italy for two weeks in a bid to stop the spread of the coronavirus, according to the government's official gazette.
Austria and Kazakhstan have further denied entry to people arriving from Italy in an attempt to slow the spread of the coronavirus, Austrian Chancellor Sebastian Kurz said. (ANI)