Skip to content
Home  »  Sports   »   It was a special night: Neco Williams after win over Shrewsbury 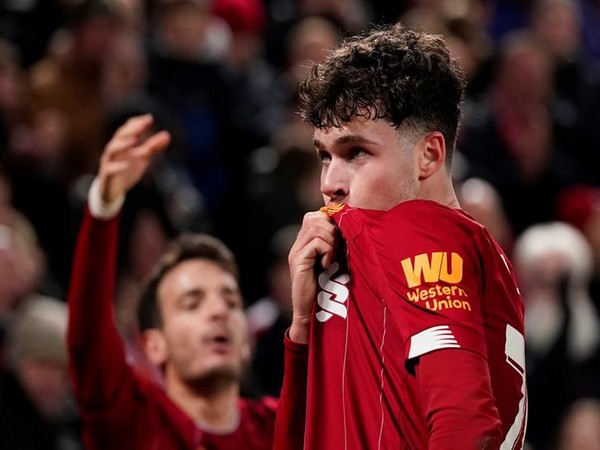 Liverpool [UK], Feb 5 (ANI): After securing a win against Shrewsbury in FA, Liverpool's Neco Williams said it was a special night form the whole team.
The coach Neil Critchley fielded the club's youngest ever starting XI for the fourth-round replay and they registered a 1-0 win in the match.
"It was just unbelievable. I think it was a night that we'll remember for a long time, especially the debutants. I thought the whole team dug in and we kept on going until the final whistle," the club's official website quoted Williams as saying.
"I thought the crowd were excellent, they were there from the first whistle to the final whistle. It was a special night for the whole team," he added.
Williams further stated that they will give everything to take the club over the line.
"I think whatever team Liverpool puts out we'll give everything we've got and leave everything on that pitch. That's what we've been doing this season, as you can tell from the league, and from when the young lads have stepped in and got results against the likes of Everton, Arsenal and obviously today," Williams said.
In the fifth round of the FA Cup, Liverpool will compete against Chelsea on March 6. (ANI)

139 thoughts on “It was a special night: Neco Williams after win over Shrewsbury”