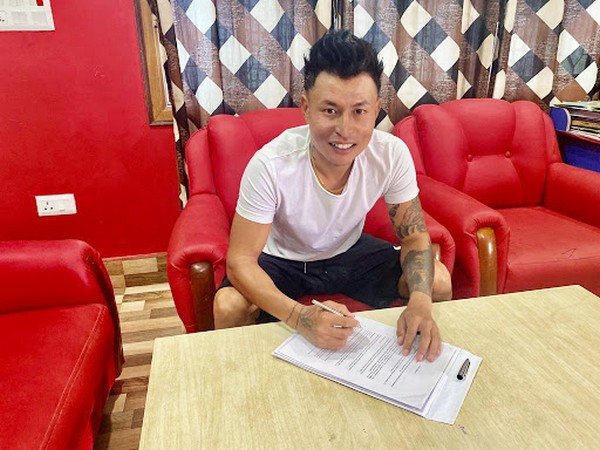 Jamshedpur (Jharkhand) [India], Aug 19 (ANI): Ahead of the Indian Super League (ISL) upcoming season, Jamshedpur FC have signed Indian midfielder Jackichand Singh on a three-year deal.
Jacki is the top-rated Indian winger having scored five goals and three assists having clocked more than 1300 minutes of playing time en route to the ISL playoffs.
"Playing for Jamshedpur FC is a fantastic opportunity for me. Jamshedpur is one club in India that has everything a player needs, and the entire country knows how passionate and vocal the people of Jharkhand are for football," Jacki said in a statement.
"I am convinced with the philosophy and the path Jamshedpur FC are following and hope to contribute with my heart and soul to help the club achieve much-deserved success. Of course, I look forward to achieving this under the robust leadership of Owen Coyle," he added.
The 28-year-old winger has had consistent performance over the past three seasons. He is known for his quick pace and ball control as he takes on defenders while being a constant threat in front of goal with his quality finishing.
"Mesmerizing - one word to perfectly describe Jacki. He is a highly rated and talented winger who was wanted by many teams in the ISL. Signing a top-class winger has been one of our key objectives, and I'm delighted he's joining. He will add pace, power, and creativity, with the aim of bringing more goals to our team," Owen Coyle, Head Coach Jamshedpur FC said.
Jacki began his career with Royal Wahingdoh in 2009 when he was only 17-years old. He helped the club clinch promotion to the I-League in 2014 by winning the 2nd Division I-League.
He had a stellar campaign in the I-League 2014-15, which saw him rise to prominence as his performances enthralled everyone watching. Jacki's performances with Wahingdoh earned him a call to the Indian national football team too.
The midfielder went on to represent FC Pune City, Salgaocar, Mumbai City, East Bengal, Kerala Blasters, and FC Goa before joining Jamshedpur FC.
Jacki will be handed the squad number 12 for the upcoming ISL 2020-21 season. (ANI)