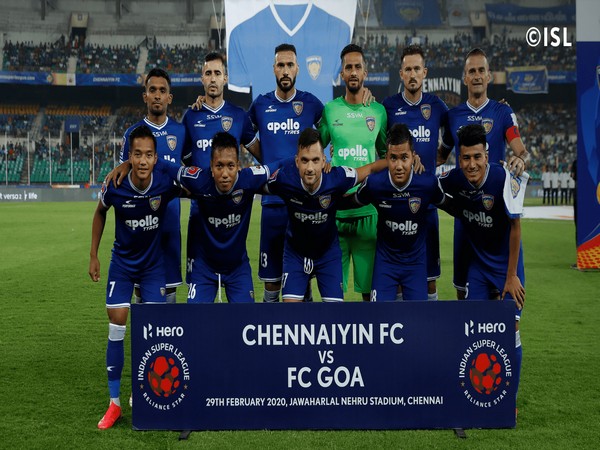 Chennai (Tamil Nadu) [India], Feb 29 (ANI): Chennaiyin FC secured an emphatic 4-1 win over FC Goa in the first leg of the Indian Super League (ISL) semifinal at the Jawaharlal Nehru Stadium here on Saturday.
The result leaves the Gaurs with a mountain to climb in the second leg at Fatorda, but the away goal will keep their hopes alive. Despite attempts from both the sides, the first quarter went goalless.
The Goa defence looked nervy in the initial phases, giving the ball away in dangerous areas time and again. Chennaiyin took the lead in the 54th minute through Lucian Goian. It was Chennaiyin, who were asking the early questions, as they kept the Goa defence under pressure.
Anirudh Thapa made it 2-0 for the home team seven minutes later. Eli Sabia made it 3-0 for Chennaiyin in the 77th minute before Lallianzuala Chhangte made it 4-0 a couple of minutes later.
With five minutes to go for regulation time, substitute Saviour Gama reduced the deficit for Goa as he toe-poked Jahouh's pass in past Kaith. Goa ended the match strongly but couldn't cut down the deficit any further. The match ended 4-1 in Chennaiyin's favour.
The second leg of the semifinal between the two teams will be played at Fatorda Stadium in Goa on March 7. (ANI)