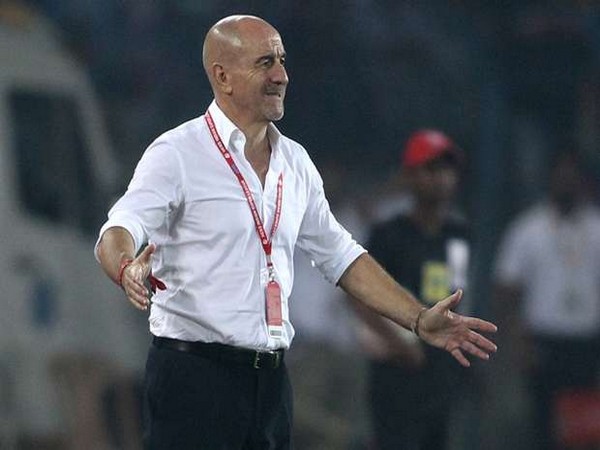 Panaji (Goa) [India], January 4 (ANI): After defeating NorthEast United on Sunday in the Indian Super League (ISL), ATK Mohun Bagan coach Antonio Habas said that his side was superior in the second half of the game.
ATK Mohun Bagan's Roy Krishna was awarded the 'Man of the Match' award for his team after he scored the opening goal of the match. Bagan's second was an own goal by Highlanders skipper Benjamin Lambot and as a result, the side recorded a 2-0 win.
"The team played a good match. Maybe in the first half, the match could have been more balanced but in the second half, Bagan were superior. Sometimes it is very difficult to get the pace without the fans in the stadiums and the players subconsciously do not have the same intensity without supporters. This can be an important thing," said Habas during the post-match press conference.
Habas also was not worried about the fact that Roy Krishna has scored most of the goals for the team. "Roy (Krishna) is a very important player for us and whoever scores it is for the team. I am not worried about that," said Habas.
Manvir Singh and Pronay Halder were benched for the game against NorthEast United and explaining the reason to leave the duo, Habas said: "Manvir Singh played three matches continuously and it is the same with Pronay Halder. They needed rest so they were on the bench. During the match when the opponent is tired,` that was the moment to play them."
ATK Mohun Bagan is currently placed at the top of the ISL standings with 20 points from nine matches. The side will next lock horns against Mumbai City on January 11. (ANI)