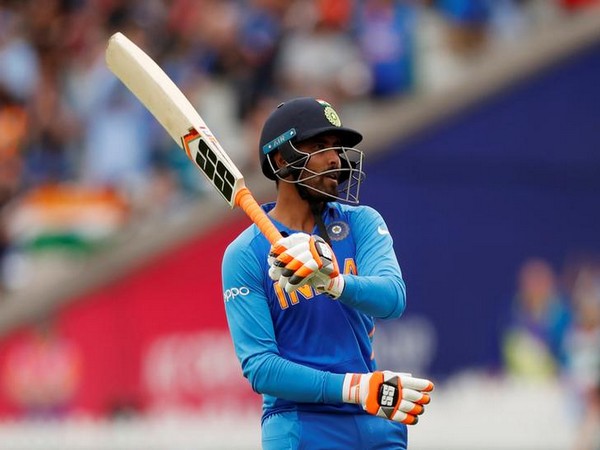 Chennai (Tamil Nadu) [India], Aug 12 (ANI): Indian all-rounder Ravindra Jadeja will miss Chennai Super Kings' six-day conditioning camp ahead of the team's departure to UAE for the Indian Premier League (IPL) 2020.
The camp is scheduled between August 15 and 20 in Chennai. All the other squad members of the franchise including skipper MS Dhoni, Harbhajan Singh, Suresh Raina and Ambati Rayudu will attend the camp, which will focus on fitness primarily, along with some cricket training too.
"He has personal commitments," ESPNcricinfo quoted CSK chief executive officer Kasi Viswanathan as saying, explaining Jadeja's absence. But Jadeja will reach Chennai in time to board the flight to Dubai on August 21.
Viswanthan said the Tamil Nadu government had given written permission to the Super Kings to conduct the camp at the MA Chidambaram Stadium, behind closed doors. Bowling coach L Balaji will be the only member of the coaching staff present at the camp, ESPNcricinfo reported.
Head coach Stephen Fleming and assistant coach Michael Hussey, Viswanathan said, are likely to join the squad in Dubai by August 22.
CSK are expecting two South Africans Faf du Plessis and Lungi Ngidi to join the squad after September 1.
"When we spoke to Faf and Ngidi they said yes, we are coming. They have said that they will only be coming after September 1," Viswanathan said.
The third South African player, Imran Tahir, will join the squad after taking part in the Caribbean Premier League in Trinidad.
Viswanathan also said the South African backroom pair of Eric Simons (bowling consultant) and Greg King (physical trainer) would join the squad in Dubai on August 21.
The 13th edition of the IPL will be played for 53 days, from September 19 to November 10, across three venues -- Abu Dhabi, Sharjah, and Dubai. The final match is scheduled to be played on a weekday, i.e. Tuesday, for the first time in the history of the T20 tournament.
The Emirates Cricket Board had also confirmed that they have received official clearance from the BCCI to host the IPL 2020. The IPL was originally slated to be played from March 29, but it was postponed due to the coronavirus pandemic. (ANI)