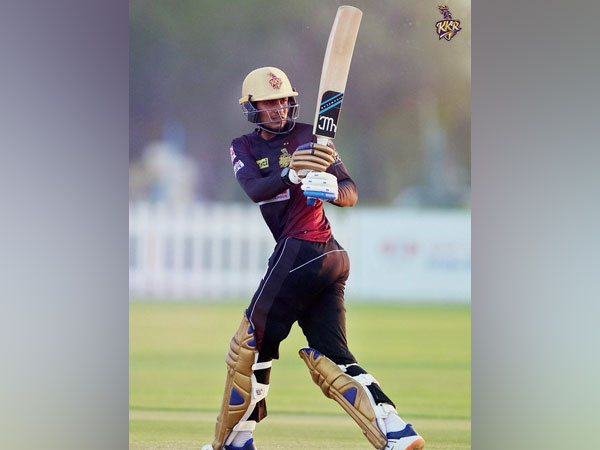 Mumbai (Maharashtra) [India], September 23 (ANI): Former New Zealand all-rounder Scott Styris heaped praise on Shubman Gill and said that he is expecting to see a standout performance from the youngster this year.
Gill will be in action later today as his side Kolkata Knight Riders will lock horns with Mumbai Indians at the Sheikh Zayed Stadium in Abu Dhabi.
The right-handed batsman is expected to open the batting along with West Indies' Sunil Narine.
Speaking on Star Sports show "Game Plan", Styris said: "I have been the number one cheerleader of Gill since the last 18 months. Since Shubhman Gill has been around I can say I'm at the top of that fanboy list and I think he is a fabulous cricketer. I think he's a terrific, talented batsman. The big difference though was with some of the other young players around, like Prithvi Shaw or Devdutt Padikkal, these young superstar talents are that they're allowed to sort of grow into their role."
"Shubhman Gill, now with the loss of Robin and Gautam Gambhir at KKR, he's now a leader, the focal point of that batting unit, he is the best batsman of KKR. So, there's a lot more responsibility on Gill that you don't see with a lot of those other youngsters and that may be the only thing that holds him down. Just looked great and he has played great, but he has got the extra responsibility that some of those other players don't," he added.
When asked whether KKR can make the playoffs of the IPL, Styris said: "I've got KKR sitting there in 3rd place. I think they're quite thin and the thinness comes from the batting unit. There's so much talent with the bowling we still looking forward to seeing Shivam Mavi and Nagarkoti bowling together from what two seasons ago when India won the under 19 World Cup. There is Ferguson, Cummins, and Andre Russell, a pace bowling that can take care of anybody. But they never seem to get everybody on the park, and they get a couple of injuries. I worry about the bench strength. They've got a great coach Brendon McCullum, coming off with a title with TKR at CPL with some of those players as well. So, there's a lot to like about this team. I've got them at my third spot there currently."
Former Australian pacer Brett Lee believes spinner Kuldeep Yadav would be crucial if KKR wants to succeed this season.
"When Kuldeep Yadav is in form you have got a very successful side. He has got beautiful variations, spins the ball both ways, good in the field as well and he brings that dynamics to the team. When he is not bowling well, it puts a lot of pressure on the opposite team. I want to see him more aggressive and back himself, and confidence is key, if he gets hit for a six, move it away and get back to your channels and he can turn it around for KKR to have a big season," said Lee while speaking on Star Sports show "Game Plan".
Kolkata has a poor head-to-head record against Mumbai. The two teams have played 25 matches against each other, out of which 19 have been won by Rohit Sharma-led Mumbai.
KKR has bolstered their lineup with the addition of England skipper Eoin Morgan, Australian pacer Pat Cummins, USA pacer Ali Khan, and Australian spinner Chris Green.
The side finished fifth in 2019 IPL and now it would be looking to go all the way. (ANI)