Skip to content
Home  »  Sports   »   IPL 13: Run out of Riyan Parag could have been avoided, says Sairaj Bahutule 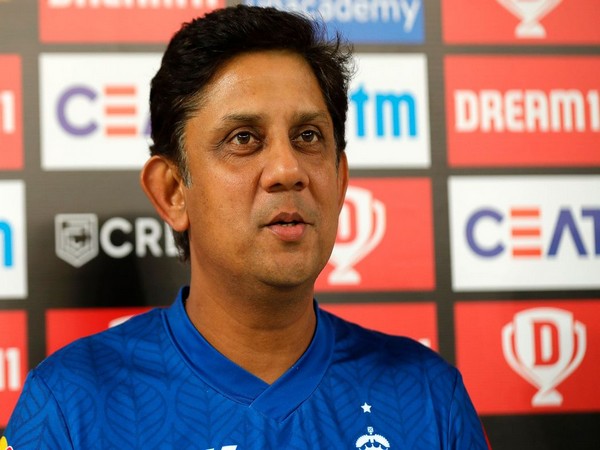 Dubai [UAE], October 15 (ANI): After stumbling to a 13-run loss against Delhi Capitals, Rajasthan Royals' spin bowling coach Sairaj Bahutule said that the run out of Riyan Parag could have been avoided during their chase of 162 runs.
Rajasthan Royals (RR) failed to chase down 162 as the side was restricted to 148/8. For Delhi Capitals (DC), Tushar Deshpande and Anrich Nortje scalped two wickets each. With this win, Shreyas Iyer-led DC went to the top of the points table.
Riyan Parag (1) was run-out in the 14th over of the innings as there was a miscommunication between him and Robin Uthappa and this derailed Rajasthan Royals' chase.
"Well, I think partnerships were pretty important, the start we got through Jos Buttler and Ben Stokes, we did not need to lose these many wickets and especially that run out of Riyan Parag. The most important part was the wicket of Stokes and the run-out was very crucial, we could have probably avoided that and if Sanju stayed at the wicket, we could have taken the game a bit deeper and got these runs," said Bahutule during the post-match press conference.
"This game we should have got these runs, it is disappointing, but there are six more games to go. I am sure the boys are hurting, we still have six matches left, we should look to win four-five matches from those and play some good cricket," he added.
Steve Smith once again failed with the bat as he scored just 1 run. Commenting on the Royals' skipper form, Bahutule said: "I think Smith is a fantastic captain for us, he is a great leader, he had a good start in the tournament, he is a guy who works on his game, I am sure he will make the coming games count and score his runs."
Batting first, Delhi Capitals had posted a total of 161/7 in the allotted twenty overs as Shikhar Dhawan and Shreyas Iyer played knocks of 57 and 53 respectively.
For Rajasthan Royals, Jofra Archer returned with the best bowling figures as he finished with 3-19 in his quota of four overs. Archer got the wickets of Prithvi Shaw, Ajinkya Rahane, and Marcus Stoinis.
"The wickets have definitely gone slower, I really do not think that toss matters this much, it is just about executing the skills, we would have loved to bat first as well we need to play well in all three departments to win a cricket match, we were almost there but batting could have been a little better from our side," Bahutule said.
"Jofra has always been a great asset for us, he picks up wickets with the new ball and he is a brilliant death bowler, he makes sure that the four overs which he bowls for us, they are executed in the highest fashion," he added.
Rajasthan Royals is currently at the sixth position in the points table with 6 points from eight matches.
DC will next take on Chennai Super Kings (CSK) on October 17 while RR will lock horns with Royal Challengers Bangalore (RCB) on the same day. (ANI)