Skip to content
Home  »  Sports   »   IPL 13: Rahul told me to take time as I was playing my first game, says KXIP batsman Mandeep 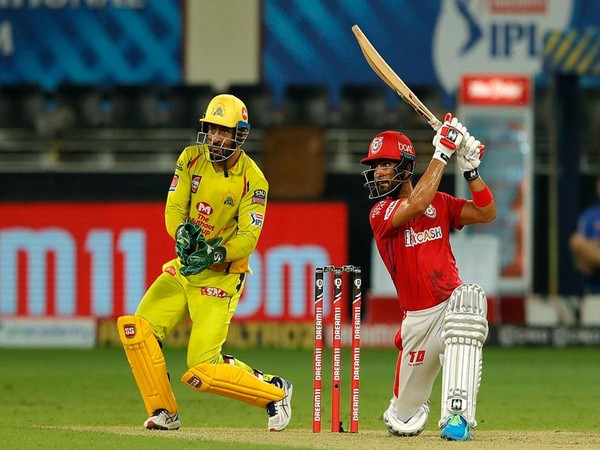 Dubai [UAE], October 4 (ANI): Coming in for his first game of the 13th edition of the Indian Premier League, Kings XI Punjab batsman Mandeep Singh hit a smart 16-ball 27 against Chennai Super Kings at the Dubai International Cricket Stadium and he believes it is a good score for KXIP to defend.
"I think it's a pretty good score. We were looking for 165 when I was batting with Rahul, but got more than 175 -- so we're happy with it," he told the host broadcasters at the mid-innings break.
Skipper KL Rahul also hit a fifty as he finished with a 52-ball 63, but he failed to hit the fifth gear in the business end of the innings as Shardul Thakur first dismissed Nicholas Pooran (33 off 17 balls) and then dismissed Rahul as MS Dhoni completed his 100th catch in the tournament.
Commenting on how he has been training having not played a game so far, Mandeep said: "I've been practising hard, also had a domestic season. However, couldn't convert the start. I was playing my first game, so Rahul told me to take my time. Lucky that I got some runs today," he said.
While KXIP have played some quality matches, they have not managed to cross the line consistently and Mandeep believes that it is high on the agenda for the unit as they look to bag some points.
"I think we have played three good games, but we have failed to get that finishing touch," he said. (ANI)