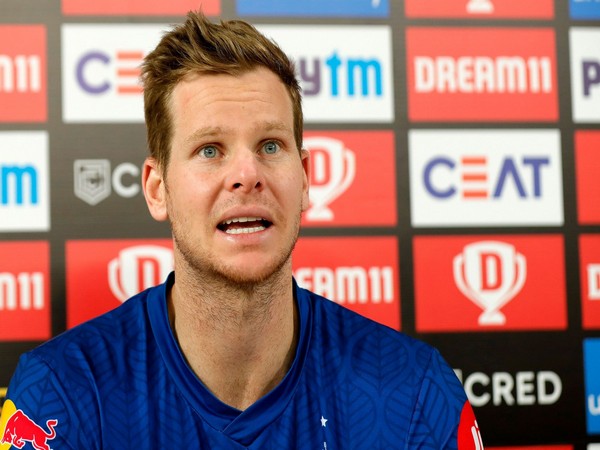 Dubai [UAE], October 17 (ANI): After suffering a seven-wicket defeat against Royal Challengers Bangalore (RCB), Rajasthan Royals skipper Steve Smith feels that the side has to win their remaining five games to qualify for the play-offs in the Indian Premier League (IPL).
"I think we need to win our last five games to get to the play-offs. I think we are doing a lot of things pretty well and maybe just doing that for a little bit longer and backing ourselves in difficult situations. I think that is going to be important for us," Smith said in the post-match press conference.
When asked about the reason behind sending Robin Uthappa, who scored 41 off 22, in the opening Smith replied, "We wanted to have more experience in the middle with Jos. Jos is an amazing opener but he is also one of the best at the back end. Just give us more balance to the side. Robin has done a lot of opening and I thought he played particularly well this after as well. He got the team off to a good start and that was the reason behind it."
"I think different opposition and different wickets will perhaps vary the (batting) order. I was quite happy with the order this afternoon," he added.
Smith's 57 runs from 36 balls guided RR to 177/6 in their 20 overs. Chris Morris returned with the figures of 4-26 in his four overs.
AB de Villiers' 55 off 22 balls guided RCB to a seven-wicket win in the last over of the innings.
Chasing 178 runs, RCB had a 23-run brief partnership between Aaron Finch and Devdutt Padikkal. Shreyas Gopal dismissed Finch (14) in the fourth over and provided the first breakthrough for his side.
Skipper Virat Kohli joined Padikkal in the middle and stitched a 79-run strong partnership for the 79-run. Padikkal departed after playing a knock of 35 runs off Rahul Tewatia.
Kohli was also sent back to the pavilion in the next over by Karthik Tyagi. He smashed 43 off 32 balls including two sixes and a four.AB de Villiers and Gurkeerat Singh built the match-winning 77-run unbeaten stand to put their side over the line.
De Villiers played a knock of 55 runs including six sixes while Gurkeerat scored 19. RCB scored 179/3 in 19.4 overs.
For Rajasthan, Karthik Tyagi, Rahul Tewatia and Shreyas Gopal scalped one wicket each.

"He (Gopal) has done a pretty good job in the powerplay for us. I thought it was a pretty good match-up against two opening batters. He got Finchy out in the last game and bowled really well today," Smith said.
RR will next take on Chennai Super Kings at Sheikh Zayed Stadium in Abu Dhabi on Monday, October 19. (ANI)