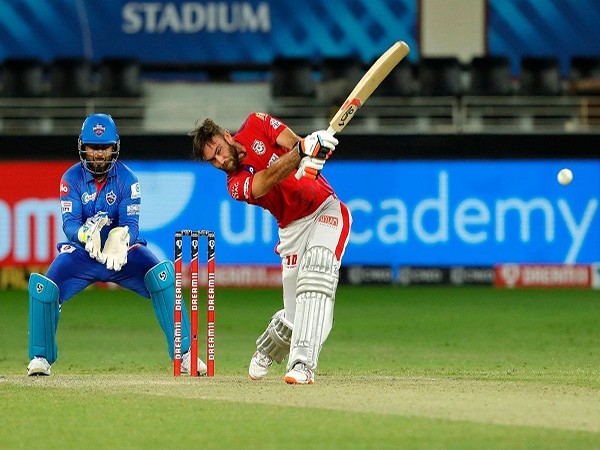 Dubai [UAE], October 20 (ANI): Kings XI Punjab's (KXIP) skipper KL Rahul feels that Glenn Maxwell gaining the form is a very good sign for the side as he balances out the team really well.
Maxwell, who was struggling to find some form in the IPL, played a knock 32-run as Kings XI Punjab defeated Delhi Capitals by five wickets here at the Dubai Dubai International Stadium on Tuesday.
"Obviously when 11 guys are playing. Not everyone will have a good on the field. It is important for the team that they back the match winners," Rahul said in the post-match press conference.
"We know what Maxwell can do when he comes good, he gives solidarity to the team and he balances out the team really well. To have Maxi come in the form is a very good sign and every batsman loves to hit the ball and spend some time in the middle," he added.
Delhi Capitals, who were looking to put on a mammoth total batting first, just scored 164 runs in their allotted 20 overs as KXIP staged a late comeback courtesy of some fine bowling by Mohammed Shami.
"We all know what Shami can do on a given day, he is doing that for many years now. This year he has shown a lot more clarity as a senior bowler," said Rahul.
With this win, KXIP has gone to the fifth position in the points table with 8 points from 10 matches while Delhi Capitals is still at the top of the table with 14 points from 10 matches.
"Yaa it's important that guys who haven't really found form, they find their form. Lots of things falling in place. The work put in by coaches and boys is slowly started to show on the field and hopefully, we can build from here," the KXIP skipper said.
KXIP will next take on Sunrisers Hyderabad on October 24 at the Dubai International Stadium. (ANI)