Skip to content
Home  »  Sports   »   IPL 13: ‘Buttler wasn’t part of bubble as he travelled from UK in different plane with family’ 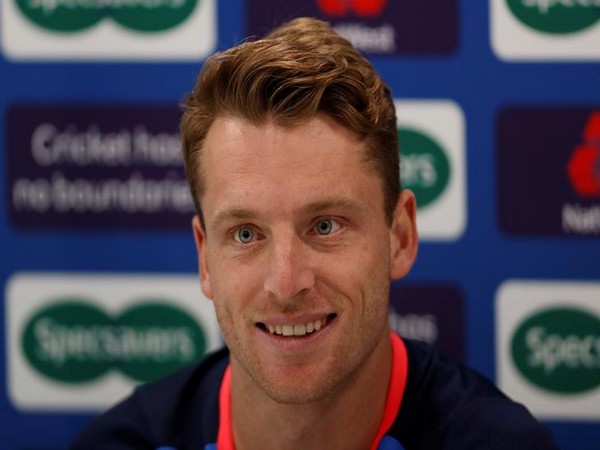 By By Baidurjo Bhose
Dubai [UAE], September 20 (ANI): Rajasthan Royals star Jos Buttler announcing that he will miss the opening game of the season against Chennai Super Kings in the 13th edition of the Indian Premier League (IPL) saw eyebrows being raised as it was expected that the English and Australian players who came in from the UK only needed to quarantine for 36 hours.
Clearing the air, the RR official said that Buttler wasn't part of the bubble that was created for the players travelling from the UK to UAE and that is the reason why he has to do a full six-day quarantine.
"It is simple. Buttler came with his family and he wasn't part of the bubble created for the players who came in from the UK for the IPL. So, he will just do a six-day quarantine and then come in for the next game. He flew in a different plane than the others," the official explained.
Earlier in the day, Buttler took to RR's own social media handle and commented on his teammate and all-rounder Ben Stokes' availability for the tournament. Buttler said he is expecting him to join the squad at 'some point' in the tournament.
"Hopefully (he will return), I think Ben (Stokes) is taking some family time at the moment. Hopefully, he will be able to join us at some point in pink," Buttler said.
The wicketkeeper-batsman further said he is looking forward to opening the innings for the Jaipur-based franchise in the tournament but he is open to adjusting his position according to the match situation.
"I like opening the batting in T20s but of course I am very happy to bat anywhere the captain and coach want me to play," he said.
RR skipper Steve Smith, England all-rounder Tom Curran and pacer Jofra Archer will be available for selection for the opening game as they came through the bubble.
Rajasthan Royals will play against CSK in their opening game on Tuesday and Chennai started with a bang as they won their opening game against Mumbai Indians by five wickets on Saturday. It was MS Dhoni's 100th win as skipper of CSK. (ANI)