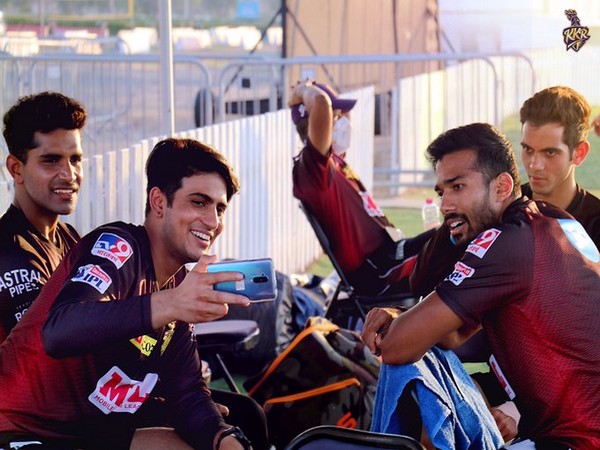 By Ankit Bisht
New Delhi [India], September 17 (ANI): Two-time title winners (2012, 2014) Kolkata Knight Riders (KKR) will try to turn the fortune in their favour as they enter the 13th edition of the tournament with a fresh mindset and approach.
Under the captaincy of Dinesh Karthik, the Kolkata-based side finished fifth last year with six wins to their name.
Variety in players is the biggest USP of the side. The Caribbean power of Andre Russell and Sunil Narine is one of the core strengths of the team. Russell amassed 242 runs and three wickets while Narine bagged 11 wickets in the recently concluded Caribbean Premier League (CPL) 2020.
Apart from the Windies power, KKR has perhaps the best overseas contingent in IPL with Pat Cummins, Chris Green, Eoin Morgan, Tom Banton, and Lockie Ferguson.
USA pacer Ali Khan is the recent addition to the foreign power who was named as a replacement for Harry Gurney. Ali was part of the CPL 2020 winners Trinbago Knight Rider squad.
It was the fourth CPL title win for the Knights. The right-handed bowler picked eight wickets in eight matches at an economy rate of 7.43.
The young Indian pace battery of Shivam Mavi, Kamlesh Nagarkoti, Sandeep Warrier, and Prasidh Krishna will further bolster the pace attack of the side.
Tamil Nadu spinner Varun Chakravarthy will try to learn and polish his skills under the guidance of veteran spinner Narine.
Indian domestic players Nitish Rana, Rinku Singh, Siddhesh Lad, Rahul Tripathi, and Nikhil Naik will add to the batting strength of KKR. Rana has been a consistent performer for the side since 2016.
The team heavily relies on skipper Karthik, Shubman Gill, and all-rounder Russell and now this season in the absence of Chris Lynn and Robin Uthappa someone has to come forward and take the responsibility of standing tall in trying circumstances as experience does count.
But then, the youngsters will now have the best chance to grab this opportunity and deliver what the team demands.
Batting will surely be a concern for the team but they do have options to explore. KKR will surely need to do brainstorming to select the perfect eleven.
Squad: Dinesh Karthik (c), Andre Russell, Kamlesh Nagarkoti, Kuldeep Yadav, Lockie Ferguson, Nitish Rana, Prasidh Krishna, Rinku Singh, Sandeep Warrier, Shivam Mavi, Shubman Gill, Siddhesh Lad, Sunil Narine, Chris Green, Eoin Morgan, M Siddharth, Nikhil Naik, Praveen Tambe, Pat Cummins, Rahul Tripathi, Tom Banton, Varun Chakravarthy. (ANI)