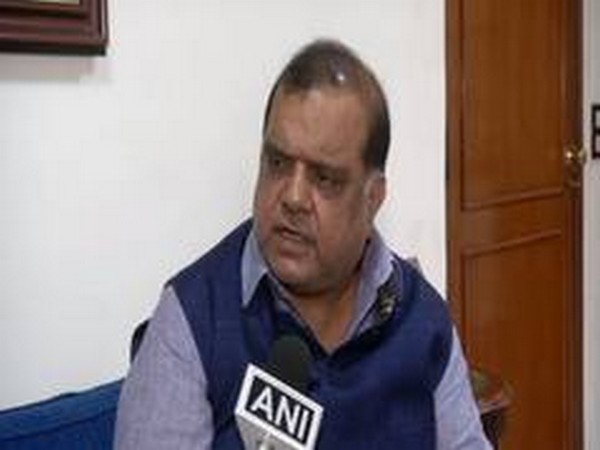 New Delhi [India], May 22 (ANI): There is a growing rift between Indian Olympic Association President Narinder Dhruv Batra and Secretary-General Rajeev Mehta after the former 'decided to take over/divide' much of the latter's work.
In a mail written to Mehta on Thursday, Batra said he has been observing the amount of load and pressure Mehta has taken upon himself in the IOA.
"For almost six years you are in Delhi attending to IOA work for almost 5 to 6 days a week and we are thankful to you for investing so much of your time for IOA. One thing I have understood in the last 60 days of pandemic that one definitely needs to be with loved one's and especially one's family," Batra said in the letter.
"I have decided to take over/divide much of your workload and will be doing the needful in days to come and since I am Delhi based and few other people who are regularly coming to Delhi will now have to share the divided responsibilities/burden. Your very important advice will always be sought. By doing the above you will be able to spend more quality time with your family in Nainital and also attend to your business which also is in Uttrakhand," he added.
In reply, Mehta said promoting sports and serving sports has been his mission and he has dedicated his life to it, adding that he is 'perfectly comfortable' with the workload assigned to him by the General Body.
"I also thank you for appreciating that I've been working tirelessly for the IOA for the last couple of years. I may add that promoting sports and serving sports has been my mission and I have dedicated my life to it. My family appreciates my commitment and is supportive of my endeavours and will like to see me doing more for sports by stationing myself in Delhi and discharging my responsibilities as Secretary-General of IOA," Mehta wrote in reply.
"I am writing this to you from Delhi. IOA office is open with 50% of its staff strength and I got reports on every work in the office, as on today. As for your desire to take over some of my responsibilities, I may inform you that I am perfectly comfortable with the workload assigned to me by the General Body, as their elected Secretary-General," he added.
Mehta further stated that if Batra had such desires, he 'should have contested as Secretary-General of IOA'.
"If you had such desires of doing day to day affairs, I would have stepped down from office in 2017 and you should have contested as Secretary-General of IOA. It is not me that holds the position of IF and NOC Office-bearer/ President at the same time with no time for family," he said.
"I wish the same to you. You should spend quality time with your family in Delhi while you continue your work with Hockey India and the International Hockey Federation for the advancement of Hockey," Mehta concluded. (ANI)