Skip to content
Home  »  National   »   India’s HIV prevention model can be adopted, scaled up in other countries: Harsh Vardhan 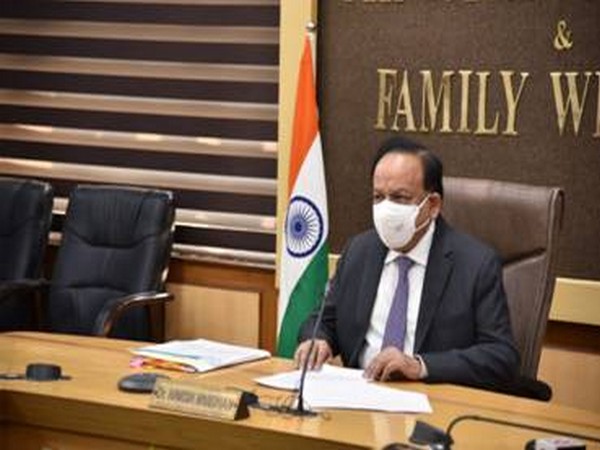 New Delhi [India], November 19 (ANI): India has a unique HIV prevention model that can be adopted and scaled up in many countries by tailoring the intervention as per local settings, Union Health and Family Welfare Minister Harsh Vardhan said on Wednesday.
Vardhan was digitally addressing the ministerial meeting of the Global Prevention Coalition (GPC), hosted by UNAIDS and UNFPA, for HIV prevention here through video conference.
"India has a unique prevention model, which is centered around the concept of social contracting, through which the targeted intervention programme is implemented with support from non-government organisations. The programme is aimed at providing outreach, service delivery, counselling, testing and ensuring linkages to HIV care," Vardhan said.
Expressing confidence in ending the AIDS epidemic globally by 2030, he said the country is committed to achieving 90-90-90 targets in 2020, which refers to testing 90 per cent of HIV positive patients, bringing 90 per cent of the patients on treatment, and 90 per cent of them experiencing effective viral load suppression.
"India's prevention model can be adopted and scaled up in many countries by tailoring the intervention as per local settings. It can also be replicated in other prevention and disease control programmes," Vardhan said.
The conference this year holds significance in achieving the 2016 UNGA commitment to end AIDS by 2030. Member States of GPC had agreed to reduce new adult HIV infections by 75 per cent at the end of 2020 from 2010 levels.
Acknowledging that Global AIDS response has shown remarkable success in reducing new infections, improving access to prevention services for key population and treatment services for people living with HIV, reducing AIDS-related mortality, enabling a reduction in mother to child transmission and creating an enabling environment, Vardhan noted that the organisation "has shown a model where multiple stakeholders can come together and work cohesively towards a common goal."
The Health Minister expressed his elation at the fact that the provision of generic Anti-Retroviral drugs (ARV) from India to the world has had a critical impact in controlling the HIV epidemic. He also observed that the global AIDS response in general has been a fountainhead of innovative service delivery models with rich civil society involvement and cross-learning.
"The Government of India took swift and timely action by involving communities, civil society, development partners to reach out to the last mile with a robust implementation plan for ARV dispensation. The government also linked key populations and PLHIV to various social welfare schemes. Advisories and guidance notes were issued by NACO from time to time aligned with global guidelines in the context," Vardhan said.
The Union Health Minister apprised the audience how India had revamped its targeted intervention programme to focus on hard-to-reach populations to keep its commitments -- people living in prisons and other closed settings were considered as priority populations and interventions launched were gradually scaled up since 2016; the HIV Counselling and Testing Services (HCTS), community-based screening of HIV for improving early diagnosis were also ramped up; the coverage of testing for HIV across the country was increased to achieve the elimination of mother to child transmission.
He also said under the test and treat policy, approximately 50,000 PLHIV who were lost to follow-up were linked back to Anti-Retroviral treatment services through 'Mission SAMPARK', while viral load testing facilities have been scaled up from the existing 10 public sector labs to 64 labs. (ANI)