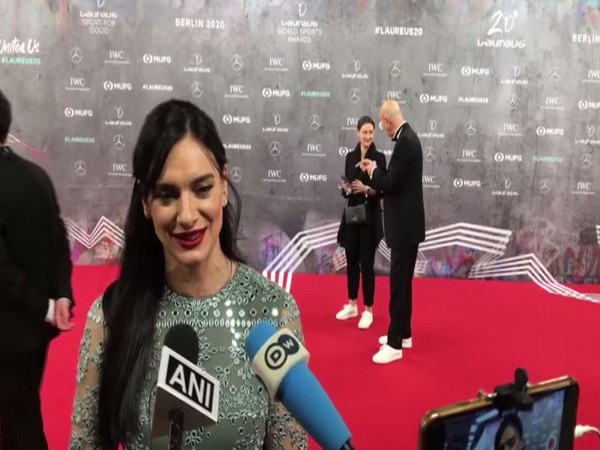 Berlin [Germany], Feb 18 (ANI): Former pole vaulter, Russia's Yelena Isinbaeva has said that Indians will soon emerge in the sport of pole vaulting and make their country proud.
She also said that she is looking forward to the upcoming Tokyo Olympics. Her remarks came on the sidelines of the 20th anniversary of Laureus Sports awards.
"Maybe we will see some Indians emerging in the sport, eight years ago I never imagined players from Venezuela taking up the sport, but now more and more players are taking a special liking to the sport. You never know when the Indian athletes will show up. Indian fans have always supported me, I am grateful and I wish you all a lot of love," Isinbaeva told ANI.
"I am looking forward to the Olympic Games in 2020. We already know that Tokyo is well prepared and they always run ahead of schedule, the weather will be hopefully fine. I am really looking forward to being there as an IOC member," she added.
Isinbaeva is a two-time Olympic gold medalist, a three-time World Champion and the current world record holder in the event.
In the Laureus awards, Sachin Tendulkar won the greatest Laureus Sporting Moment of the last 20 years.
His famous lap around the Wankhede Stadium after the 2011 World Cup win, titled 'Carried On the Shoulders Of A Nation', was voted the greatest Laureus Sporting Moment of the last twenty years.
While Argentine footballing icon Lionel Messi and six-time Formula 1 World champion Lewis Hamilton were declared the joint winners of Laureus World Sportsman of the Year. (ANI)