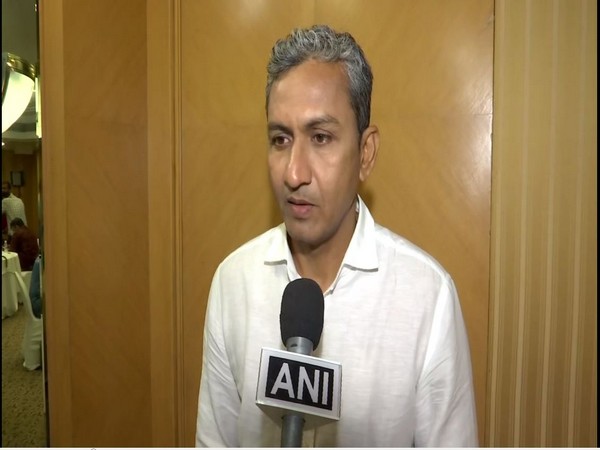 Mumbai (Maharashtra) [India], Mar 6 (ANI): Former cricketer Sanjay Bangar congratulated the Indian team for making it to the finals of the Women's T20 World Cup and praised them for playing as a unit.
Australia and India will lock horns in the finals of the Women's T20 World Cup on March 8 at the Melbourne Cricket Ground (MCG).
"The side has played some excellent cricket, they won all their group stage fixtures. In every match, we have had someone stepping up to make the team win. The spinners have bowled well, they are playing as a unit. Smriti and Harmanpeet are due and hopefully, they will give match-winning performance against Australia in the finals," Bangar told ANI.
Bangar, who is a part of the India Legends team in the upcoming Road World Safety Series, said that people look up to cricketers and raising awareness about road safety is an important aspect of the upcoming tournament.
"I am happy that I am a part of the Road World Safety Series. Every year, many people fall prey to accidents, if cricket can help in creating more awareness, then it can help a lot of people," Bangar said.
"People will get a chance to watch some greats of the game. Everyone involved will try to give their best. Cricket has a massive reach, and people follow cricketers. If cricketers give out the message of wearing seatbelts, helmets, then people might listen to them and it will help in creating awareness," he added. (ANI)