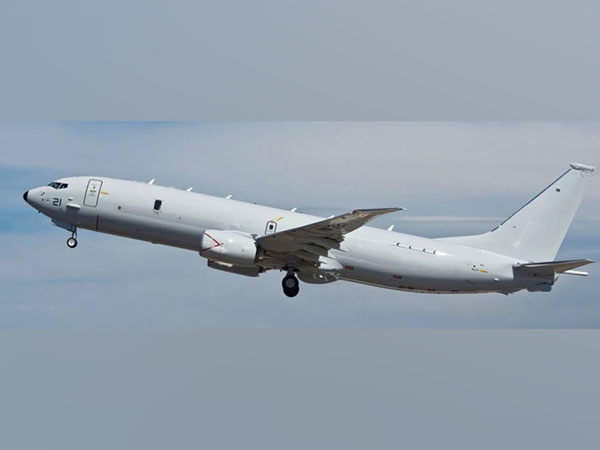 New Delhi [India], November 19 (ANI): In a major boost to its anti-submarine warfare capabilities, the Indian Navy on Wednesday received its ninth P-8I surveillance plane at its naval airbase in Goa.
The aircraft delivered today is the first of four additional planes, which were ordered by India after the completion of the initial order for eight aircraft.
The P-8I aircraft is a variant of the P-8A Poseidon aircraft that Boeing developed as a replacement for the US Navy's aging P-3 fleet. Indian Navy had become the first international customer for the P-8 aircraft with the conclusion of the nearly US $ 2.1 billion contract on January 1, 2009, for eight aircraft.
The P-8I aircraft is equipped for long-range anti-submarine warfare, anti-surface warfare, intelligence, surveillance and reconnaissance in support of the broad area, maritime and littoral operations. Its communication and sensor suite includes indigenous equipment developed by the defence PSUs and private manufacturers.
With its high speed and high endurance of about 10 hours, the aircraft is capable of thrusting a punitive response and maintaining a watch over India's immediate and extended areas of interest. (ANI)