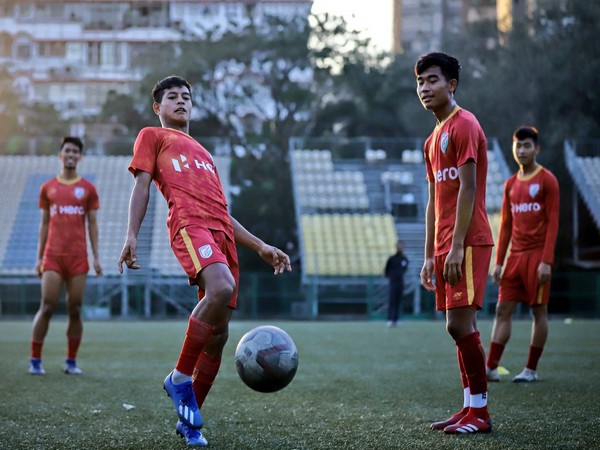 Mumbai (Maharashtra) [India], Feb 27 (ANI): As the I-League set to resume after a three-day break, young prodigies of Indian Arrows will host the reigning champions Chennai City FC at the Cooperage Stadium on Friday.
The Indian Arrows didn't have the best of starts at their new home having gone down to a resurgent Quess East Bengal by 1-3. Following their encounter with East Bengal, the developmental side of the AIFF, again, had to face loss at the hands of Real Kashmir FC by a one-goal margin.
Although they're not in a favourable position on the standings, Shanmugam Venkatesh-coached boys are desperate to prove a point that they aren't ready to let it go so easily.
"We remain determined to our cause the goal remains the same that we want to put our best foot forward and work very hard towards the development of the team," All India Football Federation (AIFF) quoted Indian Arrows head coach Venkatesh as saying.
In the last encounter against Chennai City, the visitors won by a narrow margin with Katsumi Yusa scoring the solitary goal of the match that separated both the teams.
Venkatesh also spoke about the opponents for the evening. "We expect another tough match against Chennai City. They are a quality team with many skilled players. They have conceded only three goals in the last five matches, so we know we have our tasks cut out. We hope to make good use of playing here in Mumbai and get the three points," he said.
Chennai City, on the other hand, has had a mixed bag of results in the last few encounters as they haven't seen a win since the last three matches. Being placed seventh on the points table, the southerners will look to resurrect their campaign to finish in the top half of the table at the end of the league.
Roberto Eslava, skipper of Chennai City, said: "Yes, we do see an opportunity because we are taking each game as it comes and every game is an opportunity. In football, things are unpredictable and the match can go both ways."
"I think, we are doing everything fine and we don't need to change anything. The only thing that needs to change is luck. We are getting clear chances in every match but we aren't able to convert them. We really need to work on making sure that we don't miss clear goal-scoring opportunities," he added.
Having amassed just one-point more than relegation-threatened Aizawl FC, the onus will be on Chennai City and their Japanese playmaker Katsumi Yusa to get the team over the line. (ANI)