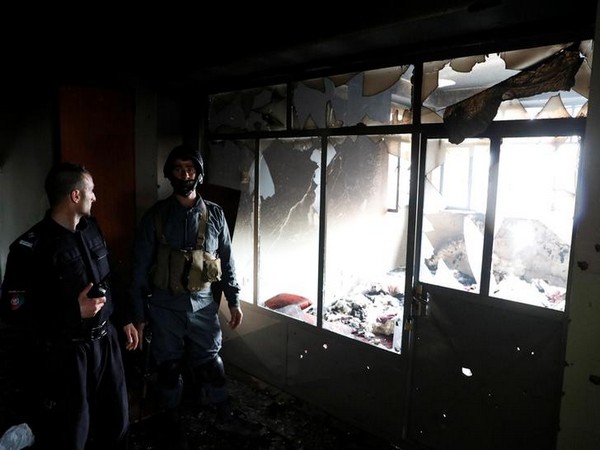 Kabul [Afghanistan], Mar 26 (ANI): Indian ambassador to Afghanistan Vinay Kumar on Thursday visited the Sikh shrine that was attacked by terrorists in Kabul yesterday and left at least 27 dead.
"Amb Vinay Kumar visited the gurudwara and met community leaders, elders and families of the victims of terrorist attack. He shared their grief and offered condolences. He was told that the injured are receiving satisfactory treatment," the Indian Embassy in Afghanistan wrote on Twitter.
India also expressed condolences to the Sikh community in Afghanistan following the massacre.
"We convey our sincerest condolences to the immediate family members of the deceased and wish a speedy recovery to the injured. India stands ready to extend all possible assistance to the affected families of the Hindu and Sikh community of Afghanistan," the Ministry of External Affairs said in a statement.
"Such cowardly attacks on the places of religious worship of the minority community, especially at this time of COVID 19 pandemic, is reflective of the diabolical mindset of the perpetrators and their backers," it read.
Prime Minister Narendra Modi also expressed condolences to those killed in the ghastly incident.
"I am saddened by the terror attack at the Gurudwara in Kabul. I express my condolences to the families of all the deceased," the Prime Minister said during his interaction with people of his Lok Sabha constituency, Varanasi, via video conferencing on the same day. (ANI)