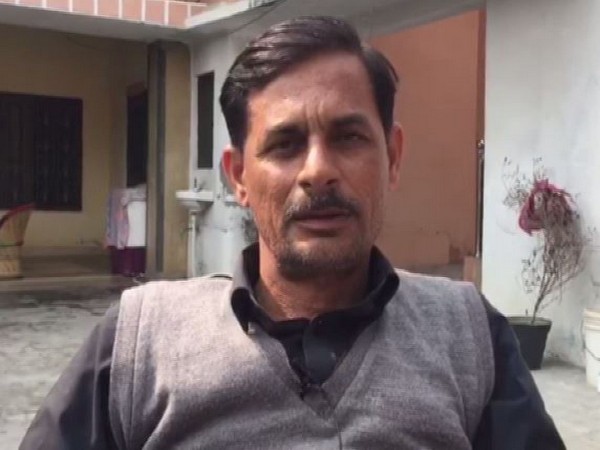 Hapur (Uttar Pradesh) [India], Feb 9 (ANI): Ahead of U19 World Cup final against Bangladesh, India U19 bowler Kartik Tyagi's father Yogender Tyagi exuded confidence that India will certainly lift the trophy.
Speaking to ANI, Yogender said, "All the boys have been playing well from the beginning and we are praying to God that they lift the World Cup trophy."
He continued, "We are very sure that our team will win. They should play their natural game and be confident."
Meanwhile, Kartik's coach Anubhav Narwal also voiced hope that India will win the final against Bangladesh and expressed happiness over Kartik's performance in the tournament.
"Kartik Tyagi has bowled really well. Although Bangladesh are good, I am confident that India will win the World Cup," Narwal said.
Ahead of the final, cricket fans from Bhadohi in Uttar Pradesh also performed havan for India's victory.
This is India's seventh appearance in the final of the competition while Bangladesh has managed to reach the big stage for the first time.
India has won the tournament four times. They managed to take away the trophy in 2000, 2008, 2012 and 2018. The final of the U19 World Cup will be played today in Potchefstroom. (ANI)