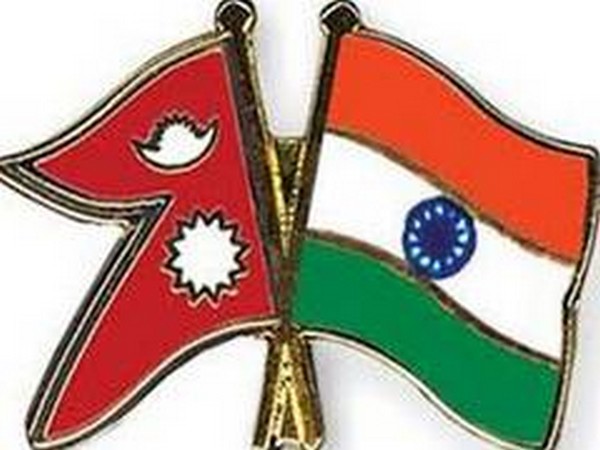 Kathmandu [Nepal], August 17 (ANI): India and Nepal on Monday thoroughly reviewed the implementation of the projects under bilateral cooperation during the eighth meeting of Nepal-India Oversight Mechanism held in Kathmandu.
"The Eighth Meeting of Nepal-India Oversight Mechanism was held in Kathmandu through Video Conferencing today under the co-chairmanship of Foreign Secretary Shanker Das Bairagi and Ambassador of India to Nepal Vinay Mohan Kwatra. The meeting made a thorough review of the implementation of the projects under bilateral cooperation," a release from the Ministry of Foreign Affairs, Nepal said.
As per the release, during the meeting, discussions were held on the status of implementation of the ongoing projects under Nepal-India bilateral cooperation covering terai roads, crossborder railways, Arun-III hydropower project, petroleum products pipelines, Pancheshwar multipurpose project, post-earthquake reconstruction, irrigation, power and transmission lines, construction of Nepal Police Academy, integrated check posts, Ramayana circuit, HICDPs, motorable bridges oyer Mahakali River, agriculture and cultural heritage, among others.
"Both sides underlined the need for the expeditious implementation of the bilateral projects. In that connection, they agreed to undertake necessary measures to timely address problems and obstacles in the course of implementation," said the release.
The Nepal-India Oversight Mechanism was set up after the State Visit to India by the Prime Minister of Nepal in September 2016 to oversee the implementation of bilateral projects and take necessary steps for their completion in time.
The Ninth Meeting of the Mechanism will take place on a mutually convenient date, the release informed.
The Indian Embassy in Kathmandu said in a statement the meeting carried out a comprehensive review of bilateral economic and development cooperation projects since its seventh meeting held on July 8 last year.
Both sides deliberated on the issues and agreed to expedite their implementations.
"The co-chairs noted the progress made in the development projects in the last one year, including reconstruction of 46,301 earthquake affected houses (out of 50,000 houses committed by India) in Gorkha and Nuwakot districts, the operationalisation of Motihari-Amlekhgunj cross-border petroleum products pipeline, the Integrated Check Post at Biratnagar and the High Impact Community Development Projects," the statement read. (ANI)