Skip to content
Home  »  World   »   India committed to ensure water, sanitation to all: India at UNHRC 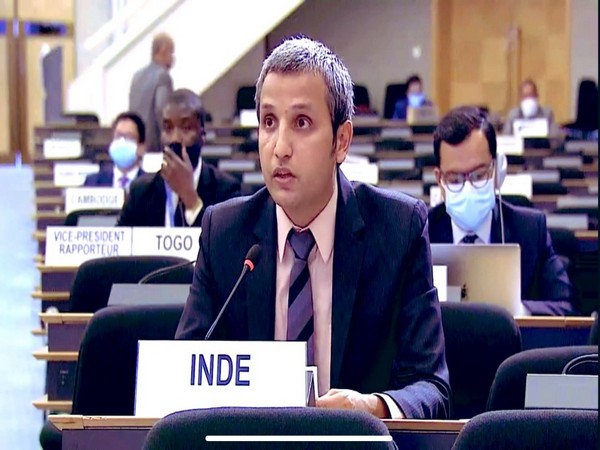 Geneva [Switzerland], September 19 (ANI): India is committed to ensuring access to water and sanitation in all spheres of life beyond the household, particularly in public spaces, which is an essential element of the human rights to water and sanitation, said Vimarsh Aryan, First Secretary, India's permanent mission to United Nation's Office at Geneva (UNOG), at the 45th Session of the Human Rights Council.
Speaking in an interactive dialogue with the Special Rapporteur (SR) on 'Human Rights to Safe Drinking Water and Sanitation, Vimarsh Aryan said, "We agree with the SR that the fulfilment of the human rights to water and sanitation cannot be accomplished in a short time frame and is often dependent on the availability and use of resources. I would like to share that last year Indian government undertook Jal Shakti Abhiyan, a campaign for water conservation and water security."
He further said that India, under the leadership of Prime Minister Narendra Modi believes in 'Sabka Saath, Sabka Vikas, Sabka Vishwas'.
He said, "With the objective of citizen-centric governance we have accorded highest priority to ensuring access to water and sanitation for all citizens through two flagship programmes, the Swachh Bharat Mission and the Jal Jeevan Mission."
"Under the Swachh Bharat Mission, all Indian states have already declared themselves 'Open Defecation Free' by October 2, 2019, which implies that everyone in India has access to safe sanitation. A similar effort is underway under the 'Jal Jeevan' mission that aims to provide a functional household tap connection to all households in India," he added. (ANI)