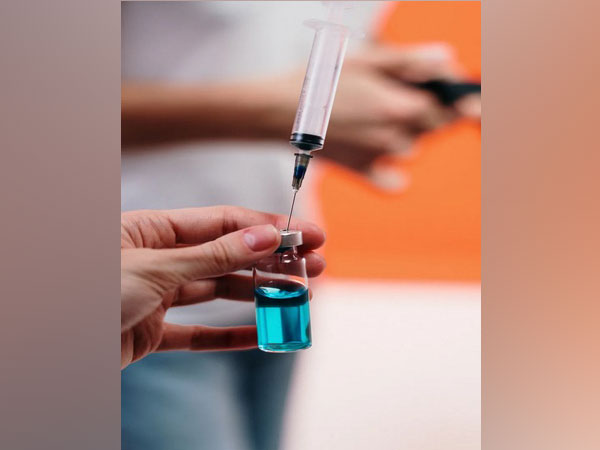 Washington [US], October 16 (ANI): Researchers report that antibody levels in the blood of COVID-19 patients drop rapidly during the weeks after their bodies have cleared the virus and symptoms have subsided.
In the absence of approved, effective treatments for COVID-19, some hospitals have been treating patients with severe COVID symptoms with blood plasma from recovering patients. The blood of recovered patients contains antibodies that act against the coronavirus. While plasma hasn't yet shown a benefit in randomised trials, some small retrospective studies suggest it may reduce illness severity and reduce hospitalization time.
The research was published in the journal mBio, an open-access journal of the American Society for Microbiology. If convalescent plasma is ultimately shown to have a clear benefit, the authors concluded, then it needs to be collected during a specific window of time after recovery. However, recovering patients can't donate blood until at least 14 days after symptoms have subsided, to give the body time to clear viral particles.
"We don't want to transfuse the virus, just transfuse the antibodies," said Andres Finzi, Ph.D., at the University of Montreal, in Canada. "But at the same time, our work shows that the capacity of the plasma to neutralize viral particles is going down during those first weeks."
The spike protein of SARS-CoV-2 plays a crucial role in helping the virus grab and invade host cells. Antibodies produced by the body's immune system bind to a part of this protein and block the capacity of this "key" to engage with the host's cellular "lock", said Finzi, preventing the viral particle from infecting a cell host.
Previous studies suggest that antibodies against the SARS-CoV-2 spike protein peak 2 or 3 weeks after the onset of symptoms. Findings from an earlier cross-sectional study by Finzi's group, involving more than 100 patients, suggested that the ability of plasma to neutralize the virus decreased significantly between 3 and 6 weeks after symptom onset.
In the new longitudinal study, Finzi and his colleagues analyzed blood samples collected at one-month intervals from 31 individuals recovering from COVID-19. They measured levels of immunoglobulins that act against the coronavirus S protein and tested the ability of the antibodies to neutralize the virus.
The researchers observed variation on the level of individual patients but identified a consistent overall signal: The levels of Immunoglobulins G, A, and M that target the binding site decreased between 6 and 10 weeks after symptoms began. During the same time period, the ability of the antibodies to neutralise the virus similarly fell.
Finzi's group has continued to study blood samples from the patients. Understanding how the levels of antibodies change over time, he said, is critical not only for optimizing the use of convalescent plasma but also for understanding vaccine efficacy and whether or not previously infected people are at risk of re-infection.
"How long do antibodies protect you?" he asked.
Finzi's other research focuses on the immune response to human immunodeficiency virus, or HIV, which differs dramatically from SARS-CoV-2. (ANI)