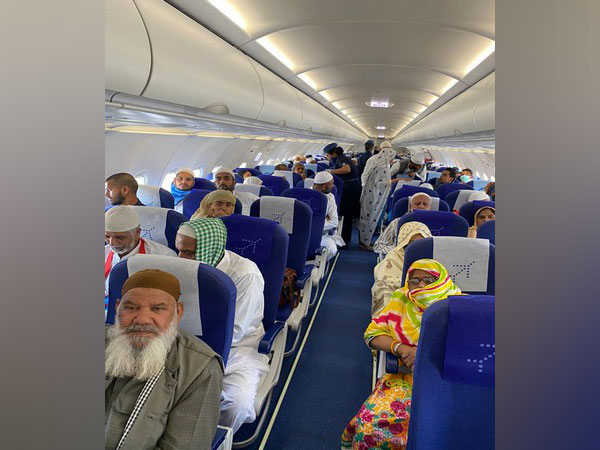 Jeddah [Saudi Arabia], Mar 18 (ANI): A special Indigo flight airlifted 185 Indians from Jeddah, completing the process of evacuating pilgrims from the Middle Eastern country.
"With the departure of 185 pilgrims from Jeddah to Mumbai through a special Indigo aircraft, the final phase of the evacuation of 3035 Indian pilgrims culminated today," Indian Consulate General in Jeddah said on Twitter.
The Consulate also thanked the Indigo airline, Saudi government and External Affairs Minister S Jaishankar for "their timely support" in evacuating the Indian pilgrims.
Saudi Arabia, earlier this month, imposed temporary restrictions on its own citizens as well all foreign travellers from visiting pilgrimage sites within the Kingdom, including performing Umrah, over the fears of coronavirus that has killed at least 171 people.
The aim is to "limit the spread of the coronavirus and prevent its access to the Two Holy Mosques, which are witnessing permanent and intense crowds, which makes the issue of securing these crowds of utmost importance," a spokesperson of the Saudi Interior Ministry was quoted as saying.
In addition, the Kingdom has temporarily suspended all international flights for two weeks to slow down the spread of coronavirus.
The US-allied Gulf states have registered more than 1,000 cases, many linked to travel to neighbouring Iran, an epicentre for the outbreak in the Middle East, Al Jazeera reported.
The total number of confirmed cases of the novel coronavirus worldwide has now surpassed 200,000, according to Johns Hopkins University, while the death toll has topped 8,000. (ANI)