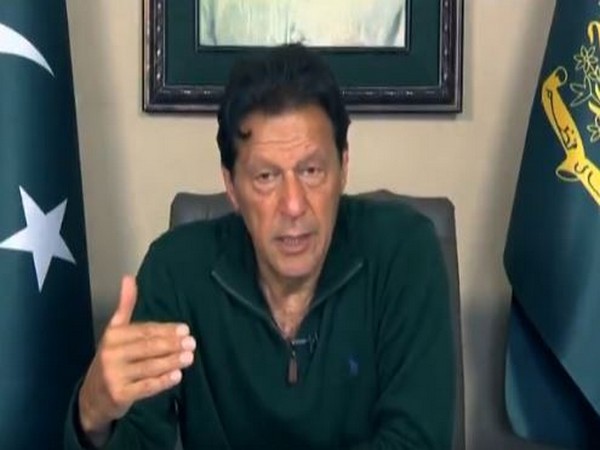 Islamabad [Pakistan], April 13 (ANI): The International Monetary Fund (IMF) has called its executive board meeting on April 16 to consider disbursement of an extra loan worth $1.4 billion to Pakistan after prime minister Imran Khan, once again, opened up his arms before the global financial institutions to boost the country's foreign exchange reserves and extend budgetary support in the wake of the economic slowdown due to the coronavirus pandemic.
Addressing the global community and financial institutions on Sunday in context of dealing with this unprecedented challenge posed by the coronavirus, Khan said that in developing countries, apart from containing the virus and dealing with the economic crisis, the biggest worry is people dying of hunger as a result of the lockdown.
"While the United States and Germany can come up with a relief package of 2.2 trillion dollars and 1 trillion euros respectively, to give an example of Pakistan, with a population of 220 million people, so far the maximum stimulus we could afford is 8 billion dollars. This is the story of all those countries which are suffering from really high debt to GDP ratios," he said further.
The Pakistan government had also requested the IMF last month for a low-cost, fast-disbursing loan under the fund's Rapid Financing Instrument (RFI) to deal with the adverse economic impact of COVID-19, Express Tribune reported.
"We have been working with the Pakistani authorities since the request was placed. This $1.4 billion disbursement is scheduled to happen next week," IMF Resident Representative in Pakistan, Teresa Daban Sanchez, said.
The RFI is used to provide financial assistance to IMF member countries facing an urgent balance of payments need without requiring them to put a full-fledged programme in place.
Sanchez said the IMF was working with the Ministry of Finance to make sure that Pakistan had "enough resources to navigate through this difficult time".
The $1.4 billion loan to Pakistan is additional to the country's $6 billion bailout package that it signed with the IMF in July last year to stave off a balance of payments crisis.
Pakistan had already announced Rs 1.2 trillion fiscal stimulus package to offset the adverse impacts of the COVID-19 pandemic on the country's fragile economy.
According to local media reports, the government is also planning to seek more support from the World Bank and Asian Development Bank in the future to save its economy from the dire economic fallout.
The country has so far reported 5,374 confirmed cases of the pandemic disease while at least 93 others have succumbed to the deadly contagion. (ANI)