Skip to content
Home  »  Entertainment   »   I’ll be out of this cancer soon: Sanjay Dutt in a recent video by hairstylist Aalim Hakim 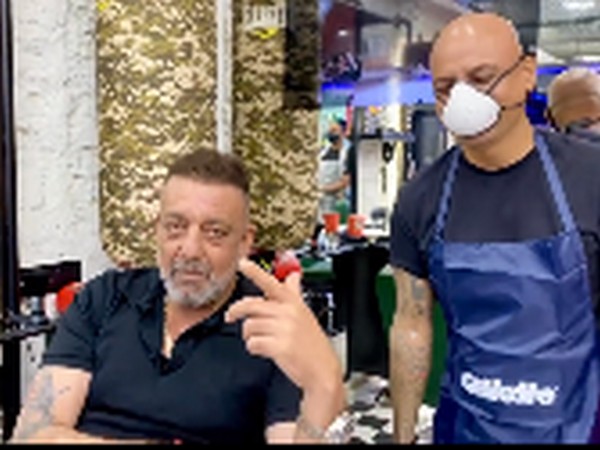 New Delhi [India], October 15 (ANI): Actor Sanjay Dutt who had reportedly traveled to Dubai for his health treatment, on Wednesday got a new hair-do in Mumbai, and spoke about beating "cancer."
In a video posted by hairstylist Aalim Hakim, Dutt is seen showing his treatment scar on his head while he addresses his cancer diagnosis stating that he will be "out of this cancer soon."
"Hi, this Sanjay Dutt. Aalim its good to be back in your salon. Love the hair cut. If you see this, this is the recent scar in my life but I'll beat it, I'll beat it. I'll be out of this cancer soon," Dutt said in the video.
The video sees, Dutt seated on a chair while Hakim stands right next to him as he talks about his years-old family relation with Hakim.
This comes roughly two months after Dutt announced that he is taking a short break from work for his medical treatment. (ANI)