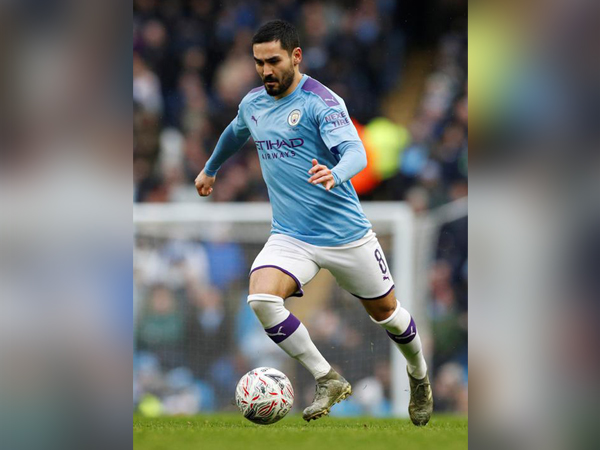 New Delhi [India], Mar 17 (ANI): Manchester City's Ilkay Gundogan has picked Lionel Messi, Kevin de Bruyne and Kylian Mbappe as the top three footballers in the world at the moment.
A Twitter user asked Gundogan to name the 'Top 3 players in the world'. Barcelona's Messi, Manchester City's De Bruyne and Paris Saint-Germain's Mbappe were the three players who featured in the 29-year-old's list.
Gundogan also hailed Mikel Arteta as he termed the current Arsenal manager as a very 'empathetic, caring and hard working coach'.
When a user asked him 'how was it working with Arteta', Gundogan wrote: "We've had a very good relationship at ManCity. He's a very empathetic, caring and hard working coach."
Arteta was Manchester City's assistant coach before he took the charge of Arsenal in December last year.
Earlier on March 13, Gundogan expressed his concern over the spread of coronavirus and urged people to 'stay calm and take care of yourself'.
"A situation we've never been in before & it shows again that there are far more important things than football. Stay calm and take care of yourself," Gundogan tweeted. (ANI)