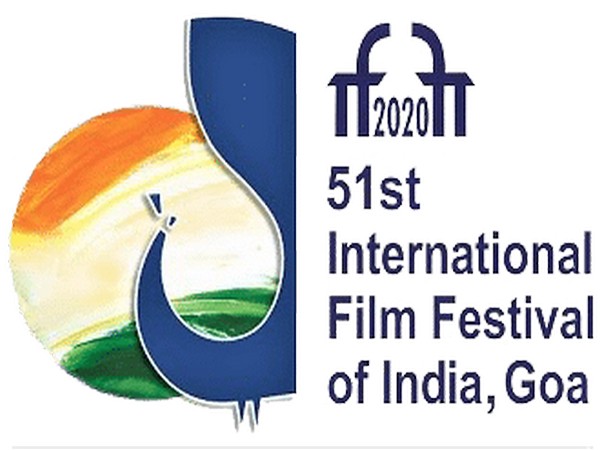 New Delhi [India], January 13 (ANI): The 51st Edition of International Film Festival of India (IFFI) on Wednesday unveiled the list of films under the World Panorama section.
The line up of the films consists of a total of 50 films from across the world.
The maximum number of films in the list are from Germany. A total of eight films have been taken up for the World Panorama section from the country.
The films include Jan Philipp Weyl's 'Running Against The Wind', which is an entry from both Germany and Ethiopia.
Other films from Germany are Ina Weisse's 'The Audition,' ErlizaPetkova's 'A Fish Swimming Upside Down,' Melanie Waelde's 'Naked Animal,' Immanuel Esser's 'Paradise,' and Roland Reber's 'Roland Rabers Cabaret of Death.'
ElmarImanov's 'End Of Season' is an entry from Germany, Azerbaijan and Georgia, while Mariko Bobrik's 'Taste of Pho' is an entry from Germany and Poland.
After Germany, France is the country from where the maximum number of films have been picked for the world panorama section of IFFI.
These films include, Suzanne Lindon's 'Spring Blossom,' Pierre Filmon's 'Long Time No See,' Pascal Rabate's 'The Voiceless.'
Laurent Micheli's 'Lola' is an entry from both France and Belgium, while Illum Jacobi's 'The Trouble With Nature' is an entry from France and Denmark.
Kaouther Ben Hania's 'The Man Who Sold His Skin' is an entry from France and Tunisia.
Lithuania has three entries in the list, which include SarunasBartas' 'In The Dusk,' RomasZabarauskas' 'The Lawyer,' and Lina LuzYte's 'The Castle.'
The line up also includes three films from America. These films are Henry Butash's 'The Atlantic City Story,' Tim Sutton's 'Funny Face,' and ArieEsiri, and ChukoEsiri's 'This Is My Desire', which is an entry from Nigeria as well.
Greece and Netherlands have one individual entry each while they also share one film which is Janis Rafa's 'Kala Azar.'
The individual entry from Greece is TassosGerakinis' 'A Simple Man' and the individual entry from Netherlands is JelleNesna's 'Buiten Is Het Feest.'
Other films in the line up include Igor Ivanov's 'Only Human' from Macedonia, TanvirMokammel's 'RupsaNodirBanke' from Bangladesh, SamanSalour's '3 PUFF' from Andorra, ErnarNurgaliev's 'Zhanym, Ty Ne Poverish,' from Kazakhstan, Mario Barroso's 'Moral Order,' from Portugal, Bogdan George Apetri's 'Unidentified' from Romania, and Cristiane Oliveira's 'The First Death Of Joana' from Brazil.
Italy on the other hand two entries in the list one being Maura Delpero's 'Maternal,' and the other one that it shares with Israel which is Nir Bergman's 'Here We Are.'
Iran, too, has two entries in the list which include FarnooshSamadi's '180°Rule' and PouyaParsamagham's 'Gesture.'
There are three Spanish films that have made it to the list. The films are Angeles Hernandez & David Matamoros' 'Isaac,' PilarPalomero's 'Las Ninas,' and NicolasPereda's 'Fauna.'
Others in the list are Ray Yeung's 'SUK SUK' from Hong Kong, Martina Sakova's 'Summer Rebels' from Slovakia, RuslanMagomadov's 'IstoriiaOdnoiKartiny' from Russia, Davide David Carrera's 'The Border' from Colombia, Eric Bergkraut and Ruth Schweikert's 'Parents' from Switzerland, OgnjenSvilicic's 'The Voice' from Croatia, Kurtis David Harder's 'Spiral...Fear Is Everywhere' from Canada and PrasannaVithanage's 'Children of the sun' from Sri Lanka.
Lastly, UK and Argentina, both have two films each in the list.
While two films from UK include, Gabriel Range's 'Stardust,' and Anna Alfieri's 'Borderline,' and two from Argentina include Francisco Marquez's 'A Common Crime' and Juan Pablo Felix's 'Karnawal.'
The annual international film festival will comprise of both physical and virtual segments this year.
The physical segment of the IFFI will be an eight-day-long event that will be held from January 16-24, 2021 in Goa. (ANI)