Skip to content
Home  »  Sports   »   I was trolled for dropping your catch in 2019 World Cup: Tamim Iqbal to Rohit Sharma 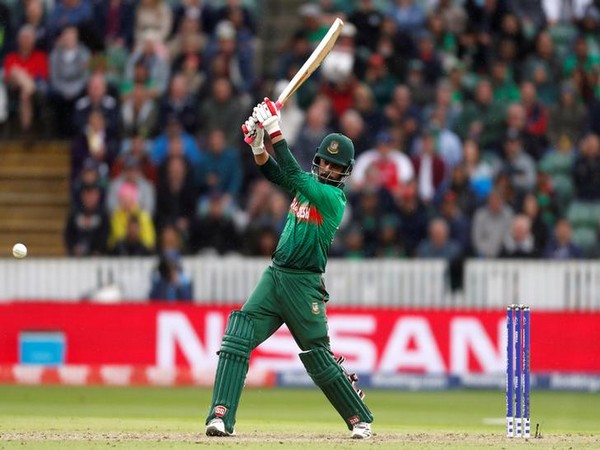 New Delhi [India], May 16 (ANI): Bangladesh top-order batsman Tamim Iqbal on Friday shared an incident of World Cup 2019 when he was trolled by the fans for dropping a catch of flamboyant Indian batsman Rohit Sharma during a round-robin match at Edgbaston.
Iqbal was doing a Facebook live chat with Rohit where he explained the incident.
"I remember how people trolled me for that. I was just praying for you to get out somehow. But when you reached 40, I gave up as I knew what was about to happen," Iqbal said.
The newly-appointed ODI skipper then dropped the opener on nine-run and Rohit went on to smash a century and played a knock of 104 runs and guided the side to post 314 runs.
Rohit was awarded the Player of the Match for his brilliant performance with the bat and India won the game by 28 runs.
The right-handed batsman has a very good against Bangladesh which Iqbal reminded Rohit.
The Indian opening batsman managed to score centuries against Bangladesh in the ICC 50-over World Cup 2015, Champions Trophy 2017, and ICC World Cup 2019.
Reminiscing about Rohit's carnages, Tamim asked, "Rohit bhai, why do you keep doing this with us? You scored a hundred in the 2015 World Cup [quarterfinal], you scored another one again in the 2017 Champions Trophy [semifinal] and also in the 2019 World Cup you smashed a hundred against us. Although it was because I dropped you in that game."
India and Bangladesh have managed to form an intense rivalry in cricket over the last few years and the fans have been subjected to some exciting moments.
Even the U-19 World Cup final between India and Bangladesh earlier this year was an intense affair as members of both sides even clashed in an on-field scuffle after the match ended.
Bangladesh went on to defeat India in the finals of the U-19 World Cup to win the tournament for the first time. (ANI)