Skip to content
Home  »  National • Politics   »   I am very grateful to BJP; Centre is under best leadership: Dinesh Trivedi 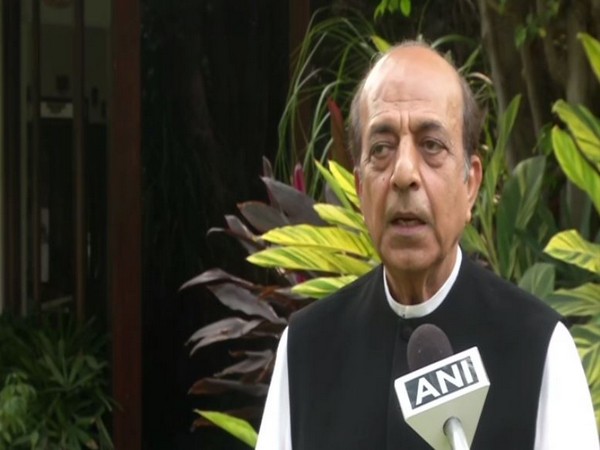 New Delhi [India], February 13 (ANI): The Centre is under best leadership, said former railway minister Dinesh Trivedi who on Friday resigned as Trinamool Congress MP from Rajya Sabha, raising speculations that he may join the Bharatiya Janata Party (BJP).
"Let me just settle down. I have been unshackled. I am very grateful to BJP and its senior leaders. I was told by the media that they have said I am welcome (in the party). It is a privilege. Today we have the best of the leadership at the Centre. The world is recognising," Trivedi told ANI.
"Now, India is suddenly getting recognition. I have been telling this for a long time. People are looking at India. And they are having some kind of hope. The country is really on the path of progress. We are going towards an era which will be called India's time. A lot of things are happening, whether it is digital India or innovation. It is a very exciting time in India. When people talk about investment, it is India first," he added.
Asked about the reason for his resignation from Rajya Sabha, Trivedi said, "When there are rain and lightening, it does not happen suddenly. There is a process. Nothing happens suddenly. There is development before suddenness. Yesterday morning, I had not thought that in the afternoon I would be resigning. But the process was there in the mind."
"If there is so much violence and corruption in Bengal. And, I represent Bengal as an MP. The party (TMC) is in administration and ruling. If nothing I can do, then why am I sitting here? At that particular moment, I said have no reason to sit here. Either I set things right or try. I tried my best, but could not succeed," said Trivedi.
"Political activity is going through churning as always. We need good people with good motives to come to politics. If people are coming to politics just for power and money. I think that is wrong. Politics cannot be a means of living or a profession. It could be an occupation. Today is not the true representative of Indian culture per se. Indian culture has been a country first," he added.
Referring to various incidents earlier, Trivedi said, "When there was an attack on Naddaji's (JP Nadda) car. When I condemn violence, the party (TMC) condemned me. When I condemn corruption, the party condemns me. You can not hold the power at any cost. I think people are fed up with violence and corruption. You cannot have development in violence and corruption."
"If the environment is not conducive, innovation will not take place, progress will not take place. At the moment, the mind is full of fear, the head in the gutter. Mamata Bannerjee should know everybody should keep their head up. If there is an environment of violence, then there is fear. If there is fear, your head is not high," added Trivedi. (ANI)