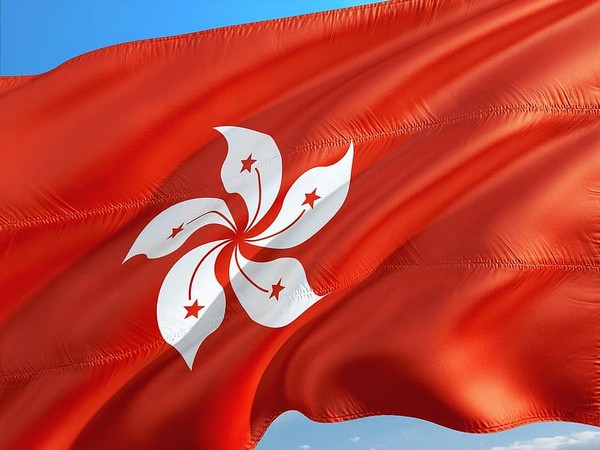 Hong Kong, October 17 (ANI): Residents of Hong Kong who wish to leave after the passage of Beijing's draconian National Security law are welcome to the United States, said a US official on Friday.
According to the South China Morning Post, US National Security Adviser Robert O'Brien said that "something close to" a genocide of Uygurs was happening in Xinjiang and called on Taiwan to bolster its defences against the Chinese Communist Party (CCP).
"It'd be great if we had more immigrants from Hong Kong. They're terrific people," he said as quoted by the South China Morning Post and added, "Anyone who's been to Hong Kong and spent time there, it's sad what's going to happen. Hong Kong has been fully absorbed into China."
According to the Chinese daily, Washington had announced that Hong Kong residents facing persecution would receive "special consideration" under US immigration law. The UK also followed a similar move.
"The Chinese are literally shaving the heads of Uygur women and making hair products and sending them to the United States," he said, adding that "if not genocide, something close to it is going on in Xinjiang".
Before O'Brien spoke, Foreign Ministry said that "Xinjiang affairs are purely China's internal affairs" further denying the relegious persecution of Uyghurs in the Xinjiang province, he added, "The so-called 'persecution' of Muslims and 'crimes against humanity' in Xinjiang are deliberately fanned up by some anti-China forces to smear, attack and suppress China."
"China is truly the challenge for the United States for this generation," O'Brien said, further crediting the Trump administration to awaken the American people. I hope we're not enemies, although I understand that Xi Jinping was telling his troops this morning to prepare for war."
According to the South China Morning Post, O'Brien said that the best way to avoid a war is for the US to remain strong. "We have a lot of tools in the toolkit that, if we got involved, could make that a very dangerous effort for China to engage in," he added.
He further said that Taiwan needs to fortify its defences. The South China Morning Post further reported that the Trump administration "repeatedly notified Congress" that it planned to sell drones, anti-ship and precision-strike missiles, truck-mounted rocket launchers and equipment to enhance the capability of Taiwan's F-16 jets.
Jacob Heim, a defence policy researcher at think tank Rand Corporation, said that the proposed arms sales "fit within a strategy of deterrence by denial, that is, having the ability to deny the aggressor ... a path to a quick victory" adding, "The ability for the defender to deny that high confidence quick victory is the most direct way to try to deter that aggression."
Anti-government protests have been rocking Hong Kong since last year. The enactment of draconian national security law in Hong Kong in June to stop people from protesting has intensified the demonstrations.
The national security law imposed by Beijing on Hong Kong criminalises any act of secession (breaking away from China), subversion (undermining the power or authority of the central government), terrorism and collusion with foreign forces, with punishments of up to life in prison. It came into effect from July 1. (ANI)

No halt in COVID-19 vaccination sessions, drive to resume from next week: Maharashtra

No halt in COVID-19 vaccination sessions, drive to resume from next week: Maharashtra