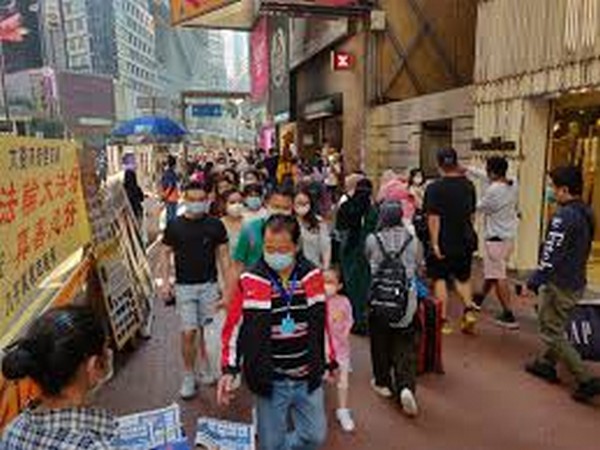 Hong Kong, May 31 (ANI): Hong Kong's 17-day run without a local coronavirus infection came to an end on Sunday as a woman with no recent travel history was confirmed infected.
Sources close to the woman informed Hong Kong-based South China Morning Post that her husband also tested positive for the infection, according to preliminarily reports of their medical tests. The city's total tally of confirmed cases now stands at 1,083.
The last time a local infection - a patient with no recent travel history - was reported was on May 14.
But the city has recorded a number of imported infections in the interim, mostly residents returning to Hong Kong from Pakistan. On Saturday, three more returnees from the South Asian country were confirmed to have COVID-19.
The husband and wife in the newest case live in the Wo Che Estate in Sha Tin, sources said. The woman, who tested preliminarily positive on Saturday, is 34 years old and is on a ventilator at the intensive care unit of the Prince of Wales Hospital in Sha Tin.
The husband, 56, developed a fever on Saturday night and was sent to the hospital subsequently.
Health authorities have said the outbreak can only be considered under control if no new cases have been reported for at least one or two incubation periods, meaning two weeks to a month.
Global coronavirus cases surpassed 6 million on Saturday, as Latin American countries alone reported a grim milestone of 50,000 deaths from the contagious disease.
Countries such as Brazil, Chile and Mexico are still struggling to stem the spread of the virus, which initially peaked in China in February before large-scale outbreaks followed in Europe and the United States.
The respiratory illness has claimed more than 3,67,000 lives worldwide, though the true number is thought to be higher as testing is still limited and many countries haven't counted fatalities outside of hospitals. (ANI)