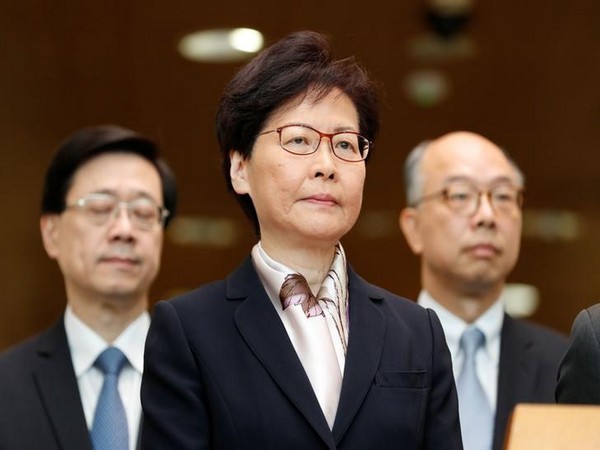 Hong Kong, April 22 (ANI): China's state council approved a Hong Kong government shake-up on Wednesday at a time when Beijing is reaffirming its authority over the city, raising political tensions and risking a revival of anti-government protests after months of relative calm.
At least three Hong Kong Cabinet members are reported to have been sacked as part of the reshuffle. Secretary for Home Affairs Lau Kong Wah is expected to be replaced by Caspar Tsui, the current under secretary for labour and welfare, The Bangkok Post reported.
Secretary for Civil Service Joshua Law is likely to be replaced by Secretary for Constitutional and Mainland Affairs Patrick Nip, and Secretary for Innovation and Technology Nicholas Yang is said to be making way for the director of electrical and mechanical services, Alfred Sit Wing Hang.
Immigration director Erick Tsang is expected to take over from Nip, who has been in the post since July 2017.
News of the expected shake-up came after the Hong Kong government issued several contradictory press releases over the weekend. It initially appeared to disagree with Beijing's liaison office on whether it was subject to Article 22 of the Basic Law, which prohibits interference in Hong Kong affairs. The liaison office declared last week that it was not subject to Article 22.
But, in a third statement, the Hong Kong government said the liaison office was correct. The controversy led to Nip apologising on social media on Monday for the "mistakes, confusion and misunderstanding".
The reshuffle had been expected at some stage as a result of last year's chaotic social unrest which continues to simmer amid the public health crisis that has shut down parts of the city. (ANI)