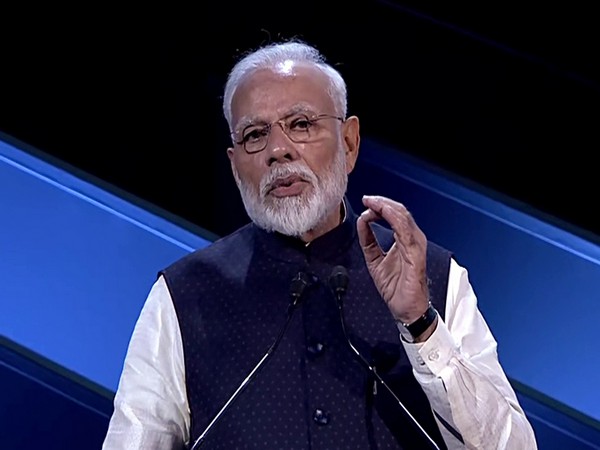 New Delhi [India], Feb 23 (ANI): Prime Minister Narendra Modi on Sunday said that "history was made" when an IAF AN-32 aircraft took off from Leh's Kushok Bakula Rimpoche airport using a mixture of 10 per cent Indian bio-jet fuel.
Hailing the use of a mixture of 10 per cent indigenously produced bio-jet fuel to fly an Indian Air Force transport aircraft, Prime Minister said, "such efforts will not only help bring down carbon emissions but also reduce the country's dependence on imported crude oil.
While addressing the listeners on his 62nd edition of his monthly radio programme 'Mann Ki Baat', the Prime Minister said, "My dear countrymen, the beautiful Valleys of Ladakh witnessed a momentous event on January 31, 2020, for history, was made when an Indian Air Force AN32 aircraft took off from Leh's Kushok Bakula Rimpoche Airport."
IAF on February 1 achieved another milestone when an AN-32 aircraft powered with a 10 per cent blend of Indian bio-jet fuel took-off from Kushok Bakula Rimpochee Airport in Leh.
"This is the first time that both engines of the aircraft were powered by the bio-jet indigenous fuel. The aircraft was flight tested and its performance was validated at Chandigarh Air Base prior to undertaking the operational flight to Leh," a defense ministry release had said.
Leh, at an altitude of 10,682 ft above mean sea level, is amongst one of the world's highest and most difficult operational airfields and is prone to extreme weather conditions. (ANI)