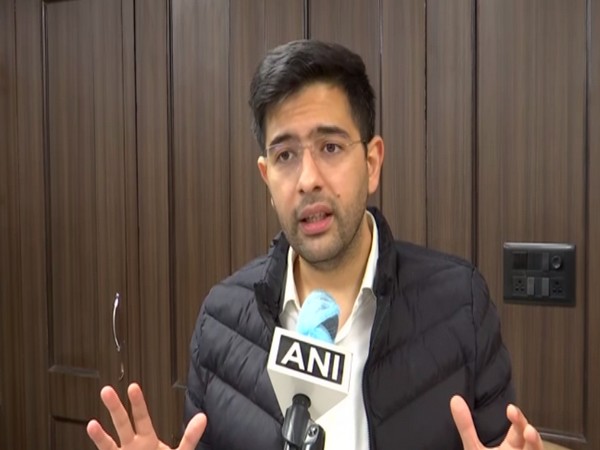 New Delhi [India], February 14 (ANI): Attacking the Bharatiya Janata Party (BJP) over the death of a youth Rinku Sharma, Aam Aadmi Party (AAP) MLA Raghav Chadha on Sunday remarked that Hindus are not safe in BJP's rule.
Addressing a press conference here, Chadha said, "The family of Rinku Sharma is saying that he was killed because of raising Jai Shri Ram slogans. It should be thoroughly investigated and the culprits should be punished. Is raising the Jai Shri Ram slogans not safe now? In BJP's rule, Hindus are not safe."
Slamming the BJP-led Central Government, the AAP MLA said, "BJP holds the responsibility for law and order in Delhi, all seven MPs belong to them, Home Ministry belongs to BJP. Is it the result this government is made for?"
"I ask the Union Home Minister, why has he not visited Rinku Sharma's family? Law and order is under him. Does it suit him to campaign in Bengal while such an incident occurred in Delhi? Why did the police commissioner not visit Sharma's family?" he questioned.
Rinku Sharma was allegedly stabbed by a group of people at a birthday party in Delhi's Mangolpuri area on Wednesday night. He succumbed to his injuries during treatment at the hospital. An FIR was registered and five people were arrested by police.
Delhi Police on Saturday transferred the case to its Crime Branch. (ANI)